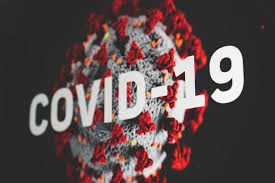 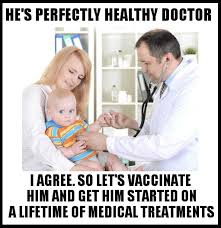 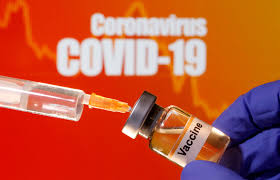 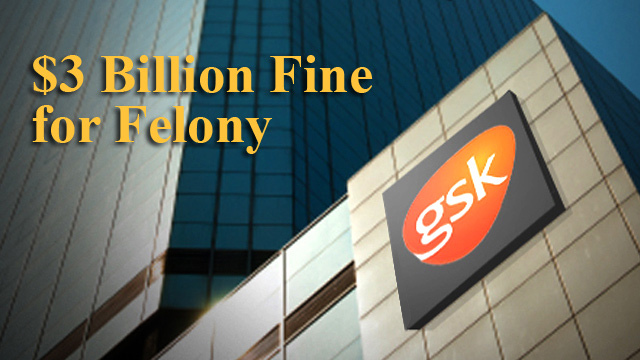 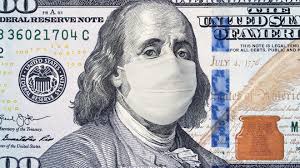 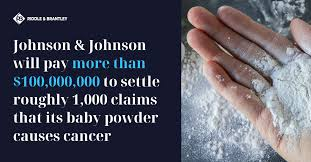 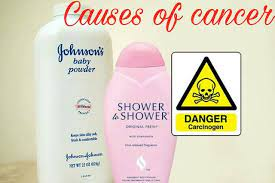 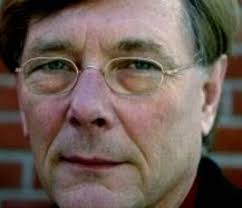 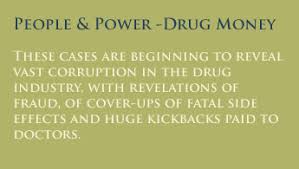 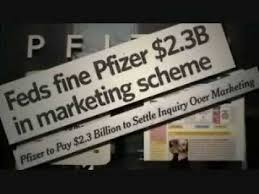 The following is a List of out of court settlements of the top 12 Pharmaceutical companies in the world at the end of 2013 (there have been many more since, as they have no respect for the 'rule of law'). It is therefore only the 'tip' of the iceberg in terms of illegal business dealings with the public, taxpayers (who pay through drug costs for all this corruption), governments and the world-at-large.


It should be quite clear now that big pharma is 'only' interested in vast profits and basically has no empathy or real feeling for humanity other than it being a continual and immense cash-cow for them, creating the highest profit business industrial sector on the planet. Their actions and out-of-court settlements speak volumes and where history does not lie. But where also our 'so-called' peoples' politicians and leaders pamper to their every whim and corruptive  enterprise ways without any meaningful reprisal. Indeed, all that they do is apparently pay billions upon billions of the taxpayers' money to line their deep pockets with every more silver and their current 'blind' and misplaced judgement in thinking that there is a cure for continually mutilating influenza/respiratory human killer viruses, is a pointer. For there has never been a single one to date even though the giant pharmaceutical groups have been trying for 150 years now, as these particular human killer viruses change continuously and last years' so-called vaccine, is out of date before we get it - a fool's journey in other words. But of course through this immense 'con' on the people of the planet, they receive non-ending trillions over the years without relent and no real payback to the people.  In this respect and to the point in the latest edition of the “Journal of the American Medical Association”(March 2020 analysis) in a study of 35 large pharmaceutical companies it showed that from 2000 to 2018 (a mere 18 years) they had revenues of $11.5 trillion and a gross profit of $8.6 trillion – yes they made, 8,600,000million profit or around 75% profit mark-up before the rich 1% shareholders et al got their grubby little hands on it.
Big Pharma more profitable than most public firms | Pharmafile ,
. So we are being 'conned' as I say every day of the year by these 'so-called' kind and humanitarian business behemoths in the interests of trillions of dollars on an ever increasing scale (paid indirectly again by the taxpayer - the 'people') and totally immoral to humanity if truth be told.
'Cancer Capitalism' - http://www.opednews.com/articles/Cancer-Capitalism-by-Mark-Taliano-Bailout_Capitalism-Over-Humanity_Finance_Finance-151024-207.html


For the major drug companies throughout the world are continually being found out for criminal and fraudulent activity in order to sell their pharmaceuticals. Not me saying this but the world’s media coverage and the out-of-court agreements that they have settled and where in the past 5 years alone fines in excess of $17 billion have been agreed between authorities and the big drug companies. These include but where they are not a fully exhaustive list of examples,

$875 million - TAP (2001)
- Source for all from the ‘Department of Justice’ and world media sources. Note also that all of these actions had criminal activity as part of their respective  settlements. But because these huge global concerns make so much money out of selling drugs, these fines have apparently now become an in-built expense in the corporate cost of their drugs. Indeed in GSK’s 2012 case in the , nearly $30 billion was sold and where it was estimated that even after the $3 billion fine was deducted, a profit of $11 billion was made.
Johnson and Johnson's asbestos laced products are now the highest ever dire case of known substances that are carcinogenic and cause CANCER in the history of the giant pharmaceutical companies and the initial $4.7 billion fine is only the tip of the iceberg, as there are literally 1000s of claims that their products caused cancer to happen in people (babies, mothers, fathers and millions of people who bought their products and where J&J knew that asbestos as an example was in their baby nappies for decades, but said nothing according to Court disclosures). This is what people are dealing with and if they only did their own research (unfortunately only 1% at most do this and why 99% of the public are ignorant of the fact that these vast profit generating corporations, put profits which are the highest in the world by far and continually printing money for their products, above human life itself to attain this end for the very few), they would see how corrupt the pharmaceutical industry really is. Indeed, people should do their own research into these Covid-19 vaccines for an eyeopener and where independent research over a decade by dedicated people (not medical, but intelligent people outside the confines of the medical establishment) has determined that a great deal of the medical profession is based upon lies and mere suppositions with no real physical research evidence to back up what they tell us when it comes to diseases -  https://odysee.com/@AllSeeingHeart:0/iatrogenesis-what-really-makes-you-ill:6


Therefore it certainly appears that the accepted corporate environment that these giant corporations have structured internally for themselves has created these illegal activities and where it is of their own making and not predominantly the countries that they operate within - but I have to say though, that it does help if there is government and internal corruption to boot. But possibly the biggest sadness to date has to come out yet in India where over 20,000 of the poorest children in the world (between the ages of 10 and 14) have been used as human guinea pigs for Big Pharma – http://www.bbc.co.uk/news/magazine-20136654 . Indeed over the past seven years, nearly 2,000 trials have taken place in the country and the number of deaths increased from 288 in 2008 to 637 in 2009 to 668 in 2010, before falling to 438 deaths in 2011, the latest figures available. Therefore the drive for corporate profits has a very dark side to it and everyone should be fully aware of this fact. Apparently this is not a problem for big pharma and where vast profits and greed rise above human life itself. Governments just have to get to grips with these huge corporations and fine then not just a small percentage of their profits but all the estimated total profit.  That is the only way that they will ever alter their corporate mind-set and strategic blue-print.

http://foolscrow.wordpress.com/2010/07/27/return-to-nuremberg-big-pharma-must-answer-for-crimes-against-humanity/
and where their activities have not really changed one iota.

References: note that more up-to-date references have been added since this initial blog in 2013 to the following Media references)

Johnson & Johnson Told to Pay $4.7 Billion in Baby Powder Lawsuit - https://www.nytimes.com/2018/07/12/business/johnson-johnson-talcum-powder.html
Johnson & Johnson to pay $4.7bn damages in talc cancer case - https://www.bbc.co.uk/news/business-44816805
Twenty-Seven Years of Pharmaceutical Industry Criminal and Civil Penalties: 1991 Through 2017 - https://www.citizen.org/article/twenty-seven-years-of-pharmaceutical-industry-criminal-and-civil-penalties-1991-through-2017
Want to learn something new? Then listen to this video based on 10 years of 'independent' medical research to what viruses really do to Humans? It should open up your mind, if not blow it?
What Really Makes You ? https://odysee.com/@Outersite.org:7/What_Really_Makes_You_Ill:e
HHS Sued for Dodging Mandatory Vaccine Safety Tests - https://principia-scientific.org/hhs-sued-for-dodging-mandatory-vaccine-safety-tests/

Listen to this interview by a receptionist at a large northern medical practice with 20,000 patients and what she has learnt, seen and had access too through the Covid-19 Pandemic. It’s a different story and you make up your mind if there is any truth in the interview or not?

'Nina' - The Delingpod: The James Delingpole Podcast -  James talks to the receptionist of a large NHS medical practice. She tells him the true shocking story about adverse reactions to the 'jab'. – ‘Click’ on ‘Nina’ and listen if you want to open your minds to other possibilities - https://podcasts.podinstall.com/delingpole-delingpod-james-delingpole-podcast/202105170405-nina.html
Big Pharma and Medical Device Manufacturers - https://www.drugwatch.com/manufacturers/
Pfizer: Corporate Rap Sheet - https://www.corp-research.org/pfizer
Corporate Rap Sheets - https://dirtdiggersdigest.org/corporate-rap-sheets

What ‘Successive’ Governments and Whitehall have covered-up and ‘Not’ told the British People about Hard Drug Addiction Treatments that simply will never work - http://worldinnovationfoundation.blogspot.co.uk/2014/01/what-successive-governments-and.html

What you should know about the Gates Foundation and Others, and how they manipulate the system to their own ends and predominantly unknown to the people - indeed they are not the so-called good guys that they make out to be - http://www.opednews.com/articles/Privatized-Ebola-by-Margaret-Kimberley-Bill-Gates_Bottom-up-Top-Down_Ebola_Philanthropy-Giving-141016-114.html


Twenty-Seven Years of Pharmaceutical Industry Criminal and Civil Penalties: 1991 Through 2017 – (certainly politicians have in recent times turned a blind eye to what the drug companies are all up to and that may because of their significant contributions to political parties – but you make your mind up on that based upon all other years before where they paid out billions in fines and where as they say, leopards never change their spots)
https://www.citizen.org/article/twenty-seven-years-of-pharmaceutical-industry-criminal-and-civil-penalties-1991-through-2017/

New Report on Big Pharma Settlements Highlights Need for Tougher Enforcement - – (certainly politicians have in recent times turned a blind eye to what the drug companies are all up to and that may because of their significant contributions to political parties – but you make your mind up on that based upon all other years before where they paid out billions in fines and where as they say, leopards never change their spots) https://www.citizen.org/news/new-report-on-big-pharma-settlements-highlights-need-for-tougher-enforcement/

Big Pharma and Medical Device Manufacturers (what you really need to know about them and what they get up to in defrauding we the taxpayer who pays all the bills – not really philanthropic in any way whatsoever and government appear to be in bed with them – but make up your own mind of course?) – http://www.drugwatch.com/manufacturers/

SEC Enforcement Actions: FCPA Cases (for a panoramic picture of corruption  within big corporate business including fines levied on even former vice-presidents visit the following)  - https://www.sec.gov/spotlight/fcpa/fcpa-cases.shtml

Pharmaceutical Executive (billionaire) John Kapoor Sentenced To 66 Months In Prison In Opioid Trial (shows what these people will do to make more billions and do not care about the taxpaying public who ultimately pay all the bills,  in reality – but this is probably the mindset of all billionaires in truth and where money means power and human life means literally nothing) - https://www.npr.org/2020/01/23/798973304/pharmaceutical-executive-john-kapoor-sentenced-to-66-months-in-prison-in-opioid

Four pharmaceutical companies are fined £3.4MILLION for 'cheating the NHS' by working together to inflate the prices of antidepressants prescribed to thousands of people - https://www.dailymail.co.uk/health/article-8073859/Four-drugs-fined-3-4million-cheating-NHS-paying-pushed-prices-anti-depressants.html

authorities have imposed a $750m fine on GlaxoSmithKline for selling contaminated drugs. The case is the latest in a series of huge settlements secured by the  Justice Department against pharmaceutical companies with the help of whistleblowers. - https://www.thebureauinvestigates.com/stories/2010-11-01/pharmaceutical-giant-fined-750m

Is the reduction in fines in the pharmaceutical industry a good sign? - https://www.paconsulting.com/newsroom/expert-opinion/pharmaceutical-compliance-monitor-is-the-reduction-in-fines-in-the-pharmaceutical-industry-a-good-sign-1-august-2016/

What ‘Successive’ Governments of the United Kingdom and Whitehall have covered-up and ‘Not’ told the British People about Hard Drug Addiction Treatments that simply will never work and the only one that does they have 'secretly'suppressed - https://worldinnovationfoundation.blogspot.com/2014/01/what-successive-governments-and.html

Vaccines will 'Never' save us from a deadly equivalent of Spanish Flu if common sense is used -  https://worldinnovationfoundation.blogspot.com/2013/12/vaccines-will-never-save-us-from-deadly.html

Possibly the Most Important Keynote Speech ever given for Humanity's Future Survival as the 'Unthinkable' will eventually happen according to Dr. Margaret Chan, D-G of the World Health Organization (WHO) who has said many times, it is only a matter of time not when - https://worldinnovationfoundation.blogspot.com/2013/12/possibly-most-important-keynote-speech.html