Where do we go when we die? A simple question from time immemorial and where it depends on whether we are good or evil ultimately - A personal take 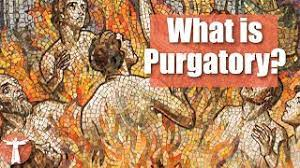 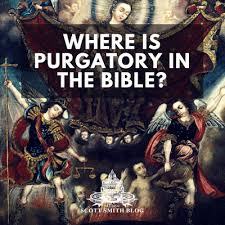 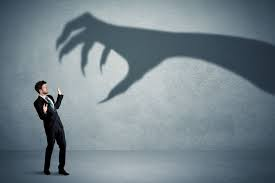 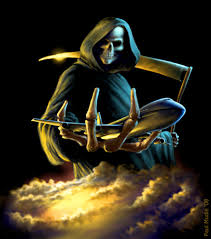 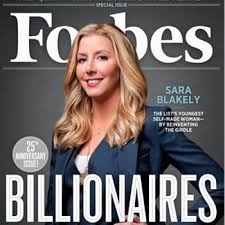 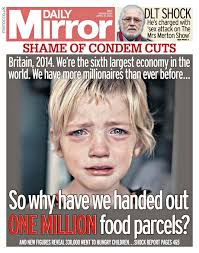 All logic says that the universe was created and did not happen by sheer chance and out of nothing. Indeed the 'big bang theory' is perverse in the extreme, as that means that there was nothing at all that existed before this occurrence...nothing. Considering this thinking therefore, something came out of nothing and which this theory postulates; an impossibility whether it be living human matter or pure energy. But that would be like also accepting that time has no substance/mass (a concept that is generally ignored by mainstream science as it appears sheer madness, but where it purveys everything and is not abstract), but where if that were so, nothing would exist at all. For time is the arbiter of what will be and what has gone before us. Therefore the theory that the universe came about through the 'big bang' from nothing is in fact a bit of madness in reality and where many leading scientific minds now comprehend that this theory cannot be the basis of the universe's creation. Indeed I am always consoled through the fact that the greatest minds of a certain time, get things horribly wrong. In this respect as a single example of this, the Royal Society, the oldest and most prestigious scientific institution in the world, once stated and believed that man could never possibly fly, because nothing heavier than air that man ever created, could possibly do this. Therefore so-called leading-edge thinking can be totally wrong. Indeed probability theory has to use logic with intuition ultimately to determine how things really are. Overall therefore we have to get away from the big bang theory, look to far greater logical theories and the main reason why we are here...and there might I add.
When we look at our knowledge today, we think that it is at the leading-edge of intelligence, but where in reality it is Neanderthal in nature when compared to the knowledge that we do not know. Indeed I would say that our present knowledge and intelligence can be seen as a  fraction of one-percent, but where the knowledge that we have to yet to inherit I believe, is most probably incalculable. This is not absurd as it appears and only those who think that they know better than others and believe that our knowledge and wisdom is advanced, think at the opposite end of the scale. It is not I can tell those monomaniacs who think that it is and where they have a lot to learn. Therefore the reason again why we are all here.
I have never been a religious person in the true sense of the man-made religions of the world, but have always believed in the existence of GOD. The two are completely different as one was made by humans and the other is the only possibly reason why we and the universe are here. Indeed I have thought for a long time that our world is what the catholic religion calls 'purgatory', a half way house. In this respect if GOD exists he or she would have created such a half-way house for those who were not ready - in this respect we have all done things that we regret to others for our own self-gratification. This even where charities I have found are concerned and where I know people who have run such entities that lost the plot due to the self-interests of themselves and not the charity, whether it was for financial benefit or the sheer kudos that they craved for.
Over the years I have also become more convinced, rightly or wrongly, that this world was conceived for a sort of sifting place and to see if we as a people are worthy of continuing on the journey that creation has ultimately provided. In this respect the first thing on a positive path is to determine what is right or wrong. Unfortunately a great number of people in this life lack this judgement and usually those who can change the world to become a better place for the majority to live, are the ones whose transit is not ensured I believe. For those who abuse the power that they have, their future I contend having understood a little bit more about why the world is here, is not a pleasant environment for them to enter in the next stage of the journey. Indeed here the Bible and the Quran are the same in that no-one who does not help alleviate the suffering of others to their ultimate capacity, never ends up in a place that they will really like, the second time around.
Evil if I can put it that way, appears to dwell in all regions of the world, including the so-called peaceful 'West'. Indeed there are some conspiracy theories that appear to be sheer madness but where the evidence says differently.  In this respect the leader of the Islamic State, Abu Bakr al-Baghdadi, is considered to be an  Israeli Mossad-trained operative whose real name is Elliot Shimon, the son of Jewish parents
See - http://americanfreepress.net/?p=19176 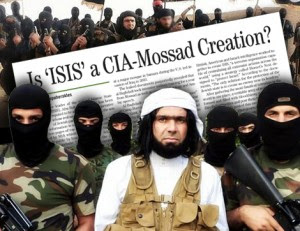 Unfortunately as a postscript, the American people are being kept in the 'dark' all the time about what their respective government undertakes and where they will have to come to terms with this totally destructive force within the American system of democracy and peace. For if not, it will have an enormous effect on the American people and their future way of life. Indeed if change does not take place, their people may not sadly have a future in any meaningful form. Change has therefore to be the order of the day for their future government to prevent the ultimate decline of a once just and powerful nation -  Crime-Inc - http://www.opednews.com/articles/Crime-Inc-by-Dave-Lefcourt-Assassination_Coup_Crimes-Against-Humanity_Death-160213-943.html
Don't believe me that the US government could implement such things on the American people, then read what a former Assistant Secretary of the US Treasury for Economic Policy in the Reagan Administration has to say about the assassination of JFK and his brother Robert. Indeed this man is as sane as you and me.
'President Kennedy and His Brother Robert Kennedy Were Murdered By The Military-Security Complex' - http://www.opednews.com/articles/President-Kennedy-and-His-by-Paul-Craig-Roberts-Assassination_CIA_Conspiracy_Government-160213-249.html
In the final analysis, time again is the arbiter of whether we exist or not, for once we are dead in an earthly sense, a billion, ten billion or even 100 billion years (although current knowledge estimates are that the universe has only been around for 13.8 billion years) is the same as a second. For who is to say that we are not created time and time again and where we cannot detect this fact because we cannot comprehend what time can actually do. Indeed, with our relative primitive knowledge and technology that we possess presently (to what we shall discover in the 100s of thousands of years, if not millions of years ahead for Humanity, unless we do not kill ourselves through sheer wanton greed et al), who is to say that there was nothing before 13.8 billion years ago. For there might well have been something before that time that simply disappeared, billions of years before such an event. This theory is no different of taking at face value that all things were created nearly 14 billion years ago, due to what our present technology indicates. No, the 'big bang' theory is too simple and where we have to open up our minds to other possibilities and ones that have more logic that we were created out of nothing and nothing existed before. The answer has to be that there is force that created us and it is at this force's dictate, whether there will be anything or not. Once we get our heads around that more logical reasoning, we can start to open up our minds fully, expand our horizons, increase our knowledge to what our intelligence was created for and to contribute far better to our specie's ultimate destiny in the creators universe. That destiny has to include that we all understand that God or Allah (or whatever our creator is called), has up to the present time, undetected forces/attributes/elements not known to us as we stand today (because of our primitive thinking and lack of knowledge), but where we know one of them, that of controlling 'TIME' itself.

Seaborg (Element 106 Seaborgium) knew that with the political and military mentality in the USA that World War 3 was an inevitable event without a change to a global "development" system of Cooperation, Collaboration and Concern for Others Between Nations - https://worldinnovationfoundation.blogspot.com/2018/12/seaborg-element-106-seaborgium-knew.html