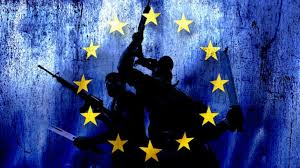 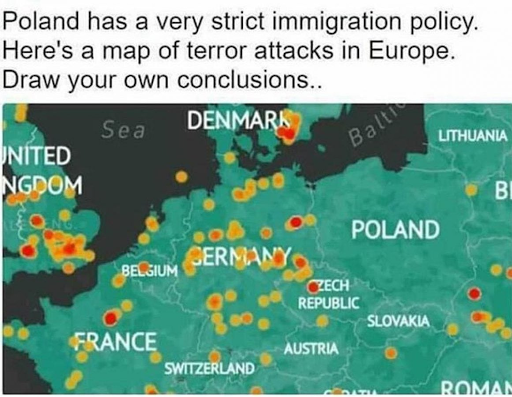 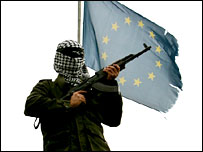 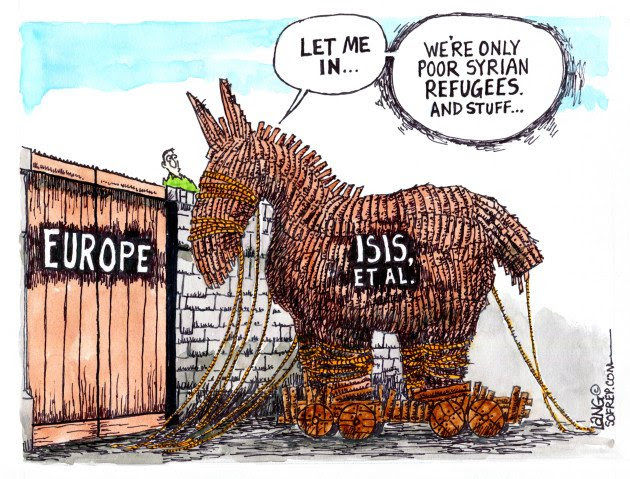 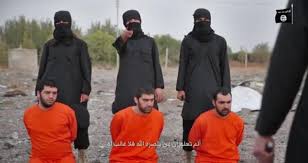 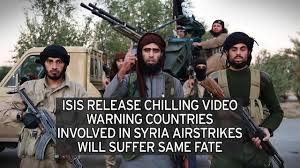 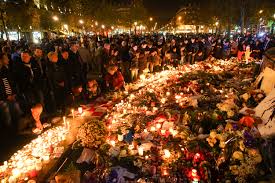 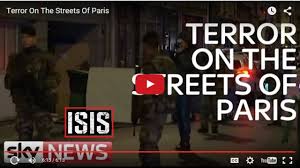 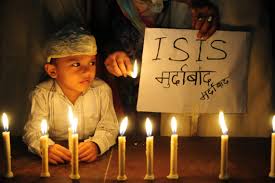 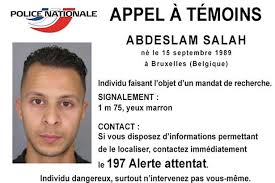 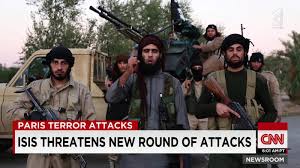 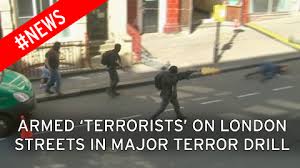 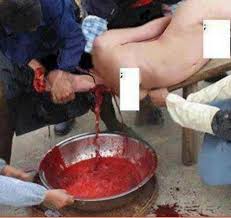 Islamists killing a Christian woman by slitting her throat and capturing her blood in a bowl, holding her firm as her life literally drains from her neck.


The papers and ‘WAR’ in that Cameron espouses have a common denominator, corruption on a massive scale. One can be seen clearly, but the other is corruption of the real truth why wars will break out in .


For Cameron is the biggest hypocrite going. As hypocrites cite things that they and their friends in high places have already done and then blame other people for what their decision will unleash on the people. For Brexit will not create wars and genocide as Cameron predicts, but the political decisions of our EU leaders will in the future. Indeed, what we have arrived at now is the 'enemy within' with Merkel, Cameron et al all allowing an open season in allowing the exodus of migrants into the EU without controls or restrictions.


Therefore Cameron is probably right that wars will ensue in , but where the cause is not leaving the EU, but the mindless decisions of allowing millions of migrants into the EU unchecked, including between 20,000 and 50,000 ISIL sympathizers (Hungarian President and his government's figures) it is estimated (and more on the way). That is where the war will come from and Cameron if he has a modicum of intelligence should know this clearly.


Added to this and where fear-mongering stories abound concerning BREXIT, but where the ‘real’ threat to the people is the EU. As an example and where no-one knows when turkey will become an EU member, the stay-in side of the referendum says that it is years away. But they do not know and the people do not know what has been agreed behind closed doors between the high command of the EU (Merkel et al) and . Therefore it may not be that far away or it could be far away, but where is to be allowed free-movement throughout the EU and where Visas are to be provided for up to 75 million Turks.  Therefore in my mind using just mere logic and a stepping-stone scenario, this could be a big pointer to an early accession to the EU as a member state. For we also know that Turkey has a powerful hold over the EU now with the ‘migrant deal’ that has been struck with the EU and it does not take an Einstein to comprehend that Turkey could use this major leverage to get membership earlier...or else they may take the money and run. But all these watering down pieces of journalism where journalists state things has similar overtones to many of the fear factors.


Indeed blame yourself Mr. Cameron and your other EU partners in crime for the future civil wars in Europe, but don't try and blame Brexit for your unprecedented failures as leaders to protect the people of against harm. In this respect also, you have most probably done more damage to the future lives of the British people and the people of the EU than what either the two world war inflicted on the people. The reason, what you have allowed to happen and to be unleashed, will once it starts, go on for decades and most probably well into the next century – the 100 year war comes into mind where the now embedded ‘enemy within’ will unleash unparalleled atrocities on the people of the EU including the United Kingdom. This some will say is crystal ball gazing, just like what the Stay-in side are doing with BREXIT, but common-sense now dictates this life-changing statement for the people of and the harm that will come to their doorstep, possibly some time soon in relative terms.


Cameron and Merkel and their ilk have been absolutely irresponsible and stupid in safeguarding and protecting the people and where therefore they are the real reasons to why future wars will happen internally against the people of .


BREXIT is not the ‘real’ enemy, but the EU certainly is. Time will tell, but I fear for the safety of people of the EU now and especially for our young in the , who will have to endure decades of internal and growing conflict eventually.


Indeed, if the people of do not ‘VOTE OUT’ of the EU, it will be they who will condemn our young and their children to decades to come of violent mayhem. For out of the EU we can certainly protect ourselves against harm far better as an island nation. That statement based again on pure common-sense  and nothing else.


'Just wait…' Islamic State reveals it has smuggled THOUSANDS of extremists into - http://www.express.co.uk/news/world/555434/Islamic-State-ISIS-Smuggler-THOUSANDS-Extremists-into-Europe-Refugees


‘It’s Cameron, not Corbyn, who is the terrorist appeaser’ - http://www.theguardian.com/commentisfree/2015/dec/03/cameron-corbyn-terrorist-appeaser-isis-coherent-military-strategy


‘Evil ISIS have trained 400 fighters to target in deadly wave of attacks’ - http://www.express.co.uk/news/world/655100/ISIS-train-fighters-target-Europe-terror-attacks-Islamic-State-Brussels


‘Islamic State and the Future Continuum of Islamic State Global Terrorist Organizations will Just Go On and On and On, and Not Go Away until the World's Political and Economic Elites are 'Seen' for What they Really Are - a Manifestation of the Real 'Root Causes' of Terrorism, as Western Foreign Policy and Economic Superiority are Far More Important than the Preservation of the Human Experience’ - http://worldinnovationfoundation.blogspot.co.uk/2015/11/islamic-state-and-future-continuum-of.html


‘The Unstoppable Cause of Global Mass Migration and Where 'OUR' Western Political Leaders and 'OUR' Western Corporate Leaders have to Change their Fixation for Power and Wealth Mindsets BEFORE it is Too Late for Humanity to Have a Peaceful Future World Order - For Presently there is not one and if we continue using the Capitalist System as it is today, all Socio-Economic Systems will Collapse in the West and Humanity as we 'Wish' it to be, will Cease to even Exist’ - http://worldinnovationfoundation.blogspot.co.uk/2015/09/the-unstoppable-cause-of-global-mass.html


‘Isil plotting to use drones for nuclear attack on West’ - http://www.telegraph.co.uk/news/2016/04/01/isil-plotting-to-use-drones-for-nuclear-attack-on-west/


‘ISIL Thugs May Swarm Europe if EU Refuses to Cooperate With ’
http://sputniknews.com/world/20150919/1027232488/migration-crisis-syria-islamic-state-militants.html#ixzz48LxIWUCs’


‘Malaysia Estimates 50,000 ISIS Sympathizers Threaten Nation’ - http://www.khaosodenglish.com/detail.php?newsid=1449984170
(Comment: if there are 50,000 estimated ISIS sympathises in Malaysia, there are definitely 20,000 to 50,000 ISIS sympathises throughout the EU, as the EU has nearly 17-times the number of people. Therefore this could be a hugely underestimated number of sympathisers in the EU, especially when a high proportion of migrants come from the ISIS region)


‘Terrorists Infiltrated Among the Refugees in ’ - https://www.youtube.com/watch?v=LTV66ZCf0-M