Blair’s Brexit Actions are ‘Premeditated’ and in ‘Unison’ with the ‘House of Lords’ to allow the Lisbon Treaty to Fully Kick in on 1 April 2017, becoming EU Law and which will then Stop 'REAL' and 'INDEPENDENT' Brexit from the EU Ever Happening, or that's what his little twisted mind thinks anyway 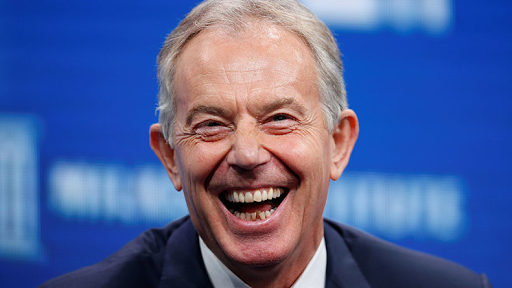 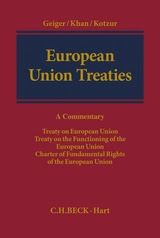 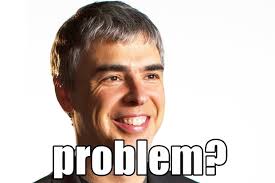 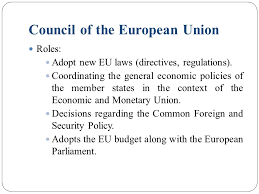 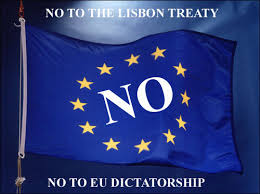 
The real reason why Tony Blair has raised his head to stop Brexit is because he and others know that there is a thing that the British people are not being told. Indeed the threat that is going around now as well that the House of Lords will prolong debate is a part of the plan to drag out the Brexit issue and stop the UK leaving the EU. For the thing that Blair and those in the ‘Lords’ who are orchestrating the delays know, is that up to 31 March 2017, it is easy for any of the EU 28 to come out of the EU, but come 1 April 2017 (April Fool’s Day), that all changes.

On 1st April 2017 the EU’s article 49aTEU (new item), “Withdrawal of member state” kicks in under the changed QMV (qualified majority voting) system that binds through Pan-EU law all 28 members including the UK on that date.

But come 1 April 2017 all that changes, as the Treaty of Lisbon kicks completely in. In other words, the Lisbon Treaty rules and no state, including the UK, cannot revert back to the Treaty of Nice. Indeed, what changes then is that a majority of countries accounting for 55% of the EU 28 and comprising at least 15 of them, when acting on a proposal from the Commission (such as leaving the EU as an example) or EU nations in concert representing a 65% majority of the population of the EU can block a nation state's action (Brexit in this case). Therefore after 1 April 2017, the EU can block Brexit with a majority in accordance with the above and not every EU 28 state has to agree.


In the Simplest Terms what Happens and How it Affects Brexit
Put in the simplest terms, until 31 March 2017 any EU nation can revert to the Treaty of Nice terms which have to have unanimity to pass something or block it. Therefore if 27 states out of the EU 28 nations voted that the UK could not leave the EU, there would not be unanimity because the UK would not vote against itself (that is unless it was mad) and the UK could leave under the Treaty of Nice terms. But the next day on 1 April 2017 the Treaty of Lisbon kicks in legally and then you cannot use the Treaty of Nice. That means that it only needs a minority blocking vote of EU nations to vote to stop Brexit and that is it, we are blocked to come out. For does anyone think for one minute that the EU would allow the UK to leave after 1 April 2017 and lose all those billions. I for one say that they would not and we are then locked in forever or until the EU disintegrates. Unfortunately when that eventually happens, it would be like or worse than, what happened to the British people after WW2, majority in poverty and living from day-to-day to survive. That is why it is so important that the UK officially leaves before 1 April 2017.

Think that the EU will not use QMV to its advantage, a similar siituation could quite easily happen as reported today (BBC's Ceefax - 22 February 2017) with South Africa and the ICC. Although not the same issues between the EU and the UK's Brexit, similar principals under the Treaty of Lisbon could be invoked. The following is verbatim what the BBC stated,


South Africa’s decision to withdraw from the International Criminal Court (ICC) has been ruled “unconstitutional and invalid” by the High Court.


The court ruled in favour of the opposition Democratic Alliance(DA), which argued that the government had to first seek parliamentary approval.


The court ordered the government to revoke its notice of withdrawal.

Therefore  everyone should not have any illusions when it comes to the Courts and where EU Courts have supremacy at the moment and are the ultimate arbiter of law within EU 28. The EU knows that of course...clearly

As the publication “The Lisbon Treaty: A Legal and Political Analysis” states,
Section 27 The Commission

The powers of the Commission have been increased by the Lisbon Treaty. This is the case with the ‘communitarisation’ of the former third pillar (role of making proposals, role of ensuring the application of EU law by the Member States). It is also a consequence of the number of legal bases which are switched from unanimity in the Council to QMV. In such cases, the increased power of the Commission stems from the rule in Article 293 TFEU which requires unanimity in the Council for amending a Commissions proposal when the Commission does not agree with the amendments.

This clearly, significantly increases the influence of the Commission in the decision-making process.

Also, “Extending Qualified Majority Voting in the European Union: does this mean the end of British sovereignty?” (Second Reading the House of Commons Library blog – UK Parliament
Have rights been taken away from the UK?

Individual States’ powers of veto have been removed in some of the 43 areas, where unanimous agreement has been replaced with agreement by a qualified majority. This means governments have to work harder to form coalitions, find allies and negotiate compromises.

As the Commission does not like one bit the thought of the UK leaving the EU because of the billions that they would lose through withdrawal, they will use the ‘in force’ Laws that are legally bound on the 1 April 2017 to stop Brexit ever happening.

This is what Blair and those in the Lords know and why they are attempting to stall the process until after 31 March 2017. The problem is that when the people find this out and Blair and those in the Lords have achieved this situation, the nation’s people will feel betrayed and where internal resistance will start and gather which could quite easily, turn to internal violence for a long time. For after this date, there will be no chance whatsoever that the UK could ever leave, using the Lisbon Treaty rules that are EU law after 31 March 2017.

Most people do not understand this and where all our politicians are not telling the people. Indeed, once the Lisbon Treaty comes into full legal force on 1 April 2017, that means that the EU can hold any country including the UK to ransom and do all sorts of things to prevent and stop Brexit happening, even impose unimaginable fines that could cripple the UK economy with sanctions and all sorts of EU imposed economic and financial constraints...and legally under EU law  (enforecable through the Lisbon Treaty). For that is the law from that date. Therefore they can make it impossible for the UK to leave and where most people, even the majority that voted to leave the EU, do not  comprehend this, as ‘ALL’ our politicians are not telling the people of these facts. It seems ironic that the Lisbon Treaty becomes fully binding legally on 1 April 2017 and where the UK has signed up to this, to be come EU law on 'April Fools day’.

Indeed if the UK goes past 31 March 2017 and we have not given ‘official notice’ in writing (not just verbal as it presently is) to the EU to leave, on 1 April 2017 the EU will have all the power of EU law on their side and then they could literally bankrupt the country or at least hold us to ransom, making leave a financial impossibility. That is why it is so important to press the Brexit bottom before 31 March 2017. For there are tremendous ramifications for us all in the UK, if we do not act.

But you will have noticed that ‘ALL’ our politicians have been very quite about these facts and where they will be fully aware of what happens on 1 April 2017 with a qualified majority vote needed by  EU 28 and not the full 'unanimity' voting system currently, that allows any EU state to leave the EU (for the reason mentioned before concerning that a country will not vote against itself and therefore 'unanimity' cannot be achieved).  This is another bad pointer that we may never come out; as our politicians are not telling the British people of the horrible other side of the coin post 31 March 2017. That also goes for mainstream media of course as well, who have not been informing the British people of that same other side of coin and the dire consequences. But we know why, the majority of politicians (not the majority of the voting people in the UK), want to stay in the EU and that also goes for mainstream media that are totally controlled by corporate interests and their wealthy shareholders. Indeed put these two together and you have an ideal recipe for a ‘cover-up’ of the real truth.

No matter how the British people feel about Trump, we need someone like him to battle their corner for Britain, as we have no-one apparently in UK politics today in reality. For again, no matter what you think about Trump, he is doing what he has said he would do in his election rallies and speeches. How many British Prime Ministers can we say have ever done that I would ask? None to my knowledge, but where if anyone knows where any ‘major’ election promises have been made by a UK prime minister during an election run-up that have been fully implemented, I would like to know?

I welcome debate on this matter, but where if this blog is contested I need unequivocal reliably proof and not hearsay. Indeed, if evidence based debate is not provided I shall not reply and indeed, remove the post from the blog. People have to be informed but not with hearsay that a lot of people state without any proof whatsoever to back up their words or thinking. That is why people literally become deluded with hearsay, not the 'real' truth and then start to believe their own untruths.

References:
The Treaty of Lisbon - http://www.europarl.europa.eu/atyourservice/en/displayFtu.html?ftuId=FTU_1.1.5.html

New method of calculating a qualified majority in the Council - http://www.consilium.europa.eu/uedocs/cms_data/docs/pressdata/EN/genaff/144960.pdf  (Note the last paragraph on Page one which is important and states “In order to secure a smooth transition to the new rules, transitional provisions will allow any member state to request, until 31 March 2017, that the rules on majority voting in force before 1 November 2014 apply to a specific act. Note that means easy exit for the UK to leave the EU in general words)


Is Fake News worst or is Suppressed News worst for the People’s Understanding of the Physical World? - https://worldinnovationfoundation.blogspot.co.uk/2017/02/is-fake-news-worse-or-is-suppressed.html

Why the establishment is delaying Article 50 until 2017 - https://www.youthdebates.org/t/why-the-establishment-is-delaying-article-50-until-2017/105243

Treaties of the European Union - https://en.wikipedia.org/wiki/Treaties_of_the_European_Union

2014 – 063 Massive Transfer of Powers to the European Union - http://www.theeuroprobe.org/2014-064-massive-transfer-of-powers-to-the-european-union/

BREXIT - Switzerland Voted Not to Join the EU as Member on 1 March 2016 and is this a Pointer to the British People What they Should do on 23 June 2016 - https://worldinnovationfoundation.blogspot.co.uk/2016/03/brexit-switzerland-voting-not-to-join.html

Extending Qualified Majority Voting in the European Union: does this mean the end of British sovereignty? - https://secondreading.uk/uncategorized/extending-qualified-majority-voting-in-the-european-union-does-this-mean-the-end-of-british-sovereignty/

Consolidated protocols, annexes and declarations attached to the treaties of the European Union - https://en.wikisource.org/wiki/Consolidated_protocols,_annexes_and_declarations_attached_to_the_treaties_of_the_European_Union

Brexit - THREE' of the Great Myths (and more) of staying 'IN' the EU Destroyed if the People of the United Kingdom Would simply Use Their Common-Sense and Read into the TRUTH - https://worldinnovationfoundation.blogspot.co.uk/2016/02/brexit-three-of-great-myths-of-staying.html

The European Union (EU) is Heading Towards Terminal Economic Decline, but where their Politicians Haven't the Knowledge to Realise What is happening and Why? - https://worldinnovationfoundation.blogspot.co.uk/2014/05/the-european-union-eu-is-heading.html
World Innovation Foundation Blog at 08:25
Share