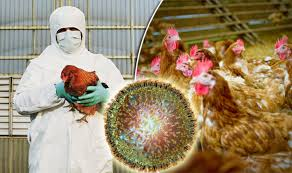 The problem is that people forget or they do not know that all human-to-human killer viruses are different; otherwise they would not infect humans time after time. But added to this killer flu like the Spanish flu killed across the board when it comes to age groups. The reason why older groups were more immune to the 2009 pandemic is because the more elderly have gone through previous viruses that the younger ones had not and basically it is as simple as that. But eventually a new strain will emerge that circumvents all previous viruses and then we shall have very little immunity against such a killer virus.


For in this respect it has to be said that no vaccine strategy will ever save the vast majority of humanity based on lead-times and comparison with the Spanish Flu that took up to 100 million lives. For the 2009 vaccine was only sanctioned 7 months 1 week by the authorities after the first death and some 1 month one week after the Spanish Flu had done its worst in 1918. But remember after the 7 month 1 week vaccine creation, then we had to mass manufacture the vaccine and then distribute it to the world. In this respect after 13 months 3 weeks only 23% of Americans had received the vaccine according to information released by the health authority. That was 7 months 1 week after the Spanish Flu had done its worst.

Therefore the world has been looking at the whole thing in the wrong way and where only the 'source' strategy will next time around save over 300 million lives as it is the only strategy that has stopped the killer virus in its tracks - the 1997 outbreak in Hong Kong. The problem is that the 'source' strategy does not have tens of billions in drug sales and that is why the pharmaceutical industry has suppressed this life saving strategy.

Therefore the world really has to adopt Professor Shortridge's strategy before it is far too late to do anything about this killer which will eventually turn out to be the greatest mass killer in human history by far.

WE must therefore adopt this strategy - http://www.thewif.org.uk/home/shortridge_thailand_2008.pdf

What you should know about the 'Gates Foundation' and Others, and how they manipulate the system to their own ends and predominantly unknown to the people - indeed they are not the so-called good guys that they make out to be - http://www.opednews.com/articles/Privatized-Ebola-by-Margaret-Kimberley-Bill-Gates_Bottom-up-Top-Down_Ebola_Philanthropy-Giving-141016-114.html
In this respect also, in an up and coming article we show how 'Corporates Psychopaths' have and are destroying the World and Humanity - watch out for it as it will blow your mind and never see the world again as it is.