Islamic State and the Future Continuum of Islamic State Global Terrorist Organizations will Just Go On and On and On, and Not Go Away until the World's Political and Economic Elites are 'Seen' for What they Really Are - a Manifestation of the Real 'Root Causes' of Terrorism, as Western Foreign Policy and Economic Superiority are Far More Important than the Preservation of the Human Experience 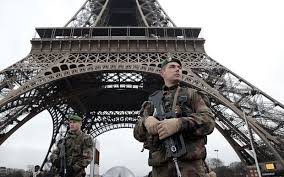 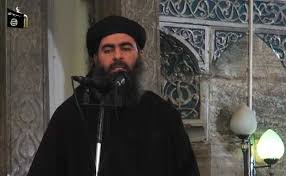 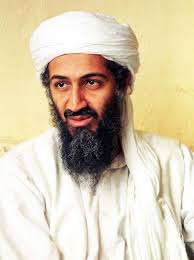 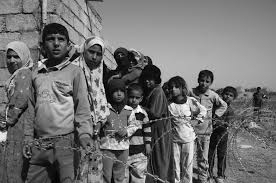 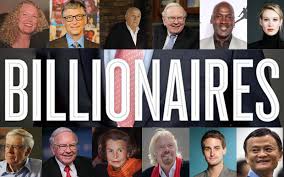 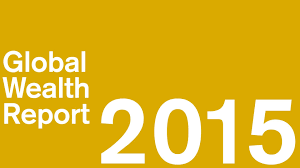 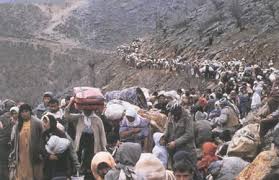 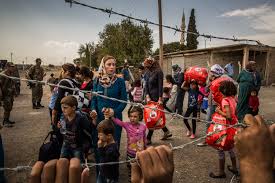 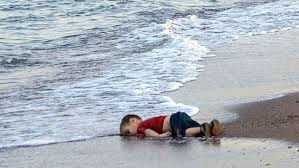 'Obama Admin Created ISIS In 2012 To Use As A ‘Tool’ - http://usherald.com/breaking-declassified-docs-show-that-obama-admin-created-isis-in-2012-to-use-as-a-tool/#

'The GOP Candidates Know Nothing about Syria' - http://www.opednews.com/articles/The-GOP-Candidates-Know-No-by-John-Kiriakou-Assad_Politics_Refugees_Republican-151231-429.html

Are we born with evil or does evil manifest itself in humans as they grow older and learn more about the world around them?

Most say that evil is not endemic to humans at birth, but there are some with superstitions who say that we are and it is dependent upon forces outside the normal and that reside within the paranormal.


But on a personal level based on exposure to our human environment, I believe that there is no such thing as an evil paranormal, as evil manifests itself from the environment that men, women and children actually live within.


I contend that the environment of the richest births, is not aspirations and ambition per se, but depravity of wanting to control evermore power and financial rewards that in all reality, only do harm to the majority of others in the overall 'big' picture.


Credit Suisse undertake every year an analysis of the distribution of the wealth of the world and who owns it - their 'Global Wealth Report'. What this states is very telling on the world order and where in many ways I consider is at the root of why killer and genocidal organizations such as Islamic State emerge and will always emerge based upon the human mindset that persists within our political elites and economic elites (the minority that control all of us in reality).


From these terrible statistics  I believe evil manifests itself and nothing else. We are therefore not born with evil within us, but the external environment that exist predominantly, causes evil to manifest itself and to take control of our very being - just what has happened with those misguided murderous souls we now call the Islamic State, IS ISIS, ISIL et al.


For when  the minority take most of the economic and wealth pie for themselves (for nothing more than self gratification, as they can never spend all their wealth, even if they bought things every second of the day - the word of course is sheer 'greed' to the detriment of the many), they create evil and conflict is definitely the outcome. Unfortunately our political elite cannot see this and where they continually cuddle up to the powerful top 10% (more so the top 1%) and where the remaining 90% of the people in reality, do not really count at all if truth be known.

Therefore it is the 'global' economic model and 'global' political system that creates evil in essence, and where because of this fact, international genocidal organization like Islamic State (IS) will always exist and constantly emerge. Indeed not until mindsets clearly change with regard to an equitable world order, where wealth distribution is more than a concentration of wealth in the hands of a very low minority of humanity (some 700 million). Therefore at the root of IS and its creation, are those who are supposed to look after us and the reasons for their continual existence.


Unfortunately of course the present 'global' economic and political model is controlled largely by the West and where the West does not see that the distribution of wealth prevents terrorism and continual wars. Indeed since 2002 and a mere 13 years ago, terrorist atrocities have increased by around 400%, so terrorism is a growing phenomena, not a dying one. Therefore globalization instead of providing more wealth for the many through trade, it has placed evermore wealth into the hands of those who control the globalization system, mainly the Global 2000. For in this respect according to Forbes in 2014, the 'Global 2000' controlled just over 50% of all world trade and equating to nearly US$ 40,000,000,000,000. Consequently a mere 2,000 business control 50% of global trade and all the rest of the business throughout the world control 50% of all global trade. With so much power at their command of the 'Global 2000', it is quite easy to see how the minority manifests evil throughout the world, as billions go without food every day. From this vast inequality comes evil and where only now are questions starting to asked to the real reasons why IS has developed.

Brainwashing of course is an integral part of why people become the perceived definition of evil, but where the main cause is poverty and seeing that the majority are suffering daily, especially in Islamic countries, where life in many has very little value.


Therefore the world has to come to terms with the fact that the present economic model (being decidedly reinforced for the top 1% by all these so-called 'free-trade deals in the West), will always create evermore wars and the 'growth' in international terrorism. For currently, it is a global plan created out of sheer evil.

Daesh (the Islamic State) may be a clear pointer that wars are continually created for the vested-interest of certain powerful nations and their partners, as the following article outlines in some depth. 'Why ISIS Exists' - http://www.opednews.com/articles/1/Why-ISIS-Exists-full-arti-by-Joe-Giambrone-911-Saudi-Arabia_Arming-Saudi-Arabia_Assad_Complicity-151213-246.html

'Putin's Revenge? The Fight for the Border' - http://www.opednews.com/articles/1/Putin-s-Revenge-The-Fight-by-Mike-Whitney-Assad_Border-Security_Isis_Putin-151201-193.html

'How Russia is Smashing the Turkish Game in Syria' - http://www.opednews.com/articles/How-Russia-is-Smashing-the-by-Pepe-Escobar-Daesh_Russia-And-Turkey_Russian-Foreign-Policy_Syria-151203-989.html

Consequently the majority of the world's people have to come to terms also with the fact that they are controlled not by level-headed leaders in politics and 'big' business, but sociopaths and psychopaths, who just have one aim, to enrich themselves through control of the markets and consolidation of global trade.  Until people realise this, the evil that manifests itself overtime within  the corrupt political and economic elites, will literally destroy the world order and where there will never be such a thing as the 'steady state', where peace is the norm. Time will tell, but where the TPP, TTIP, TISA et al are the real silver bullets that will kill off any hope of a future world order that has peace at its centre core - 'Economic Totalitarianism' in all its human splendour. For trade overrides everything, even wars for the top 1%, who do not really care one iota to what happens to all other humans or even the nations where they were born. In this respect 'personal greed', 'personal power' and 'personal wealth' is all that counts, not humanity or stopping terrorism. Indeed because of these psychotic addictions, the so-called defence industry is the largest in the world and in total now commands over 5% of the world's total economic turnover, killing people and not saving them. How mad has the world in reality become is the question? As mad as creating evil to manifest itself into such atrocious killing machines as the so-called Islamic State. Political leaders and economic leaders have only themselves to blame, but where they never look in the mirror, now do they?

On a final note to this article, I do believe that there is a day of reckoning and where my take on that and applicable to the article's message we have to ask ourselves,


References:
US Secretary-of-State 'Kerry: 'Root Cause of Terrorism' Is Poverty' - http://www.weeklystandard.com/blogs/kerry-root-cause-terrorism-poverty_774682.html

'The Unstoppable Cause of Global Mass Migration and Where 'OUR' Western Political Leaders and 'OUR' Western Corporate Leaders have to Change their Fixation for Power and Wealth Mindsets BEFORE it is Too Late for Humanity to Have a Peaceful Future World Order - For Presently there is not one and if we continue using the Capitalist System as it is today, all Socio-Economic Systems will Collapse in the West and Humanity as we 'Wish' it to be, will Cease to even Exist' - http://worldinnovationfoundation.blogspot.co.uk/2015/09/the-unstoppable-cause-of-global-mass.html

'Head of Tunisia’s Islamist party: Poverty is a root cause of terrorism' - http://www.rawstory.com/2015/11/head-of-tunisias-islamist-party-poverty-is-a-root-cause-of-terrorism/

'Humanity is Entering the Final Stage of 'its' Development Existence, as Corporate Power and Greed, Consolidated Globalisation and the Politico-Wealthy Corporate Agenda Engages with the World's Largest Ever by Far Global Trade Agreements that will undermine the World order, not Sustain it' -

'What can be done to address the root causes of terrorism in the Middle East?' - http://middle-east-issues.yoexpert.com/terrorism/what-can-be-done-to-address-the-root-causes-of-ter-1218.html

'POVERTY IS ROOT CAUSE OF TERRORISM -- JOHN KERRY' - https://www.youtube.com/watch?v=wMt-t_WGKao

'ISRAEL - PALESTINE WAR - The only Solution to what will be a never-ending Conflict if mindsets do not change to applied economic solutions' - http://worldinnovationfoundation.blogspot.co.uk/2014/08/israel-palestine-war-only-solution-to.html

'The root causes of terrorism and solutions' - http://sahanjournal.com/root-causes-terrorism-solutions/#.Vk-EQKQnzDc

'The KINGS of KINGS and Masters of Humankind's Ultimate Kismet - the 'New' WORLD ORDER that will eventually dispatch Humankind to Oblivion and its Ultimate Extinction - The Greed of the Few Combined with Our Planet's Natural Resources Running Out will make this Inevitable...We have to Change Our Development Mechanism from Corporate Globalization to Sustainability before we have Used Up 'All' the Non-Replenishable Natural Resources of the World...the planet belongs to all of us NOT the Few !' - http://worldinnovationfoundation.blogspot.co.uk/2014/08/the-kings-of-kings-and-masters-of.html

'Radicalisation of the West by Islam and the Reasons Why this HAS HAPPENED and WHY IT WILL CONTUINUE TO HAPPEN' - http://worldinnovationfoundation.blogspot.co.uk/2014/06/radicalisation-of-west-by-islam-and.html

'John Pilger on Paris attacks, root causes of terrorism and what we can do about it' - http://stopwar.org.uk/index.php/news/john-pilger-the-root-causes-of-terrorism-and-what-we-can-do-about-it

'Global Poverty and Inequality are the Reasons for Wars and our Politicians and the Super Rich should Clearly Understand This !' - http://worldinnovationfoundation.blogspot.co.uk/2014/01/global-poverty-and-inequality-are.html

Posted by World Innovation Foundation Blog at 14:22 No comments: