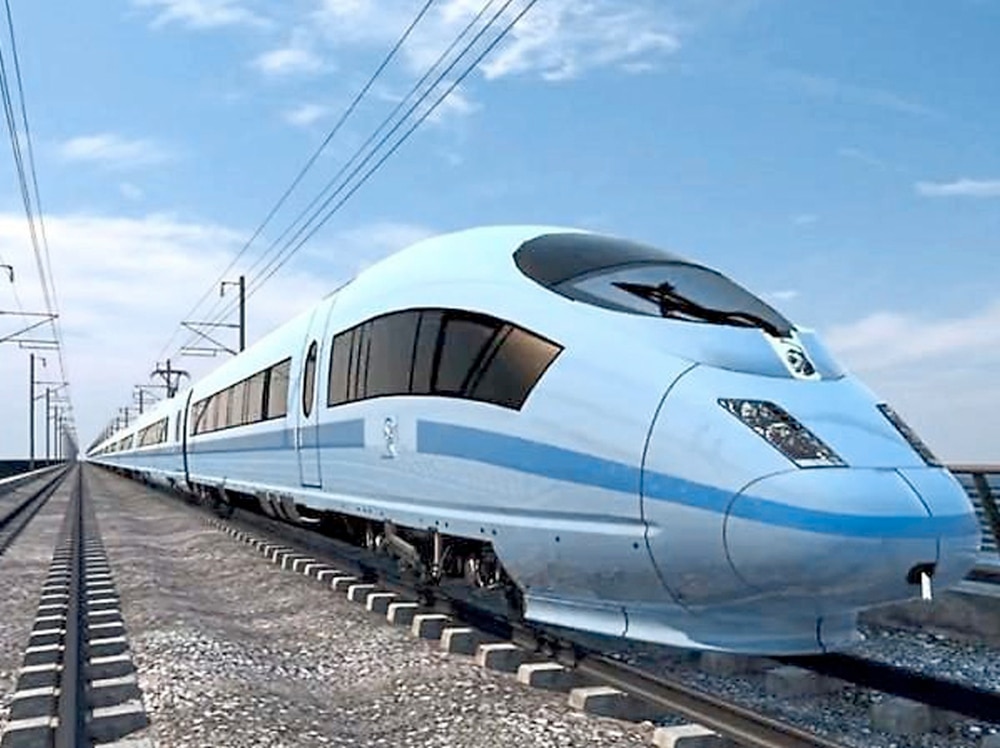 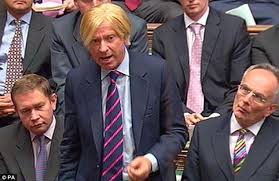 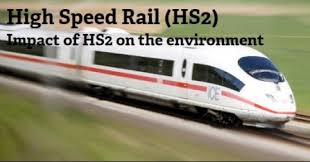 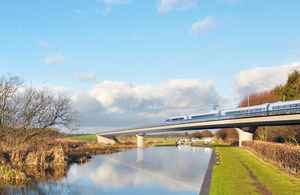 The British people are only told what our politicians want them to know. That has been the case since time immemorial, as politicians keep things very close to their chests. Indeed, what they tell us is only a fraction of the full truth and why people, not just in the UK but people throughout the world, suffer at the hands of the suppression of the whole truth.

HS2 is a point in time where our politicians have not told the British people hardly any of the facts. Indeed, if they knew what they were doing, they would have published the true facts of what had been reported around the world and where these have been hugely negative on the socio-economic outcomes and more so, the economic outcomes. That is the problem with politicians and how they operate behind the people’s back and behind closed doors. In this respect industry and business lobbyists see our politicians behind closed doors and no-one other than the politicians with their civil servants (officially sworn to secrecy under Parliamentary orders) and the industry lobbyists know what has been discussed. The next news is that things like HS2 are announced to the world and that is the first that the people ‘really’ know about such things as HS2. But of course when finally announced it is all positive for the people and the nation and no real negative overtones, but where the real truth is based upon historical evidence and in the case of High Speed rail (HSR) over the last 55 years, that HSR is not what the politicians profess and nowhere near the truth.

For what happens in the United Kingdom is that if politicians want something they will ask Whitehall civil servants to do their duty (highly paid of course and the don’t rock the boat mentality at any cost) and provide a feasibility document with a view to a ‘White Paper’. This whatever happens has to be positive for the politicians when it is released into the public domain for obvious reasons. Therefore a realistic cost is determined that may be say £100 billion, but where the politicians know that the taxpayer would not support such a project at that price, so the real price is halved or even quartered, but substantially less than what the real price is. So then when the project is released with a price tag of say £50 billion or less the people then think that this is real value for money. In the case of HS2 the cost at 2013 prices was as follows extracted from HS2: Outline Business Case Section 4: Financial Case, Department of Transport (2013)

There are also a great number of knowledgeable national institute critics that questions the merit of the government’s HS2. One of them is The ‘New Economics Foundation and where their Report “A rail network for everyone - Probing HS2 and its alternatives” released on 20 March 2019 found,

1. HS2 Ltd’s own figures, to be found only in an appendix of its most recent assessment of the scheme, state that 40% of the ​‘passenger benefits’, the crucial calculations that underlie the economic case for HS2, will flow to London, while only 18% will accrue to the north west,12% to the west midlands and 10% to Yorkshire and Humber.

2. London was worth 23.1% of UK gross value added (GVA) in 2017 growing from 18.4% in 1997 (NEF calculations using ONS data). So, even if London increased its share of UK GVA over the next 20 years at twice the rate of the past 20 (an extreme scenario), then it would still be worth less than 30% by 2037. Therefore HS2 is not only reinforcing existing regional imbalances, it is further exacerbating them.
·
3. Among households of a single adult, the top 20% by income made 20 times as many long-distance rail journeys for business during 2010 as did the bottom 20% by income. For households of two adults, the difference was even wider (the richest group took 24 times as many trips as the poorest), whereas for households with children the richest group took 7 to 12 times as many trips of this kind as the poorest group. As ticket prices for HS2 may well be higher than those for the classic network, this effect can be expected to be more pronounced.
·
4. The Department for Transport demand model for HS2 assumes that between 56% and 64% of journeys between London and Birmingham, Manchester, and Leeds are made for business purposes.
·
5. Some versions of the Department for Transport demand model are based on commuters having an average household income of £60,091 and leisure travellers having an average household income of £45,583 (both in 2010/​2011 prices). The median household income for the top 10% of UK earners in 2010 – 2012 was £60,700, suggesting that the HS2 demand model forecasts that its average commuting passenger will be in the top 10% of the income distribution.
·
6. A comparison with France’s high speed rail shows that, just as for rail travel in the UK, the majority of long-distance high-speed rail journeys are taken by those who earn the most. People in the top 10% of incomes made 28% of all high-speed rail journeys of 80+ km in France in 2008, with this richest 10% taking nine times as many trips as the poorest 10%.

Indeed, the report makes very interesting reading and a lot of it is common-sense thinking and something that government, politicians and Whitehall do not use a great deal of based upon historical evidence of previous large national-scale thinking and more akin to a pipe dream and blue-sky thinking some might say that never translates into any practical solution or positive change for people – to read more visit the following which also has a link to the actual Report itself, “HS2 will serve wealthier passengers and deliver more benefits to London than the North” - https://neweconomics.org/2019/03/hs2-will-serve-wealthier-passengers-and-deliver-more-benefits-to-london-than-the-north

But will our politicians listen and take into account the evidence that is out there and allow this largest of tax-burden ‘white elephants’ in modern times to proceed and be forced on the British people?. Probably and where based again on historical evidence such as BREXIT for example, they never listen to the people who elected them into Parliament and where 75% of politicians voted against BREXIT. So take heed Parliamentarians, as the people will not take another big knock against their national views even it is right or wrong, as you appear to have taken democracy now to a level of a parliamentary dictatorship and not what the voters expect, democracy for the people.

Let’s hope though for once that our so-called astute and informed political masters use common-sense and scrap HS2 based upon true facts, not crystal ball gazing that only ends up in the nation becoming more bankrupt by the decade and which of course harms the very people who voted them into office and their future generation.

But a far better way to spend over £100 Billion which will be all borrowed money (that's what it will be with interest and capital loaned paid back by the taxpayer for decades and probably at least 4/5 decades, based upon the way that the global economy is heading) would be the construction of the £30 billion Western Water Highway Project that would alleviate road transport pressures by up to 47% (and predominantly heavy goods) together with the nation's upgraded rail links and the £65 Billion overarching cost for the Open Research Establishment (The ORE) with its regionally interconnected ORE-Incubator satellite centres strategically located throughout the United Kingdom and the "Commonwealth" and other partnering nations. For this would provide the most advanced economic catalyst in the world and the most dynamic development mechanism within the UK never seen since the first Industrial Revolution that transformed the nation into the technological powerhouse of the world. These two mega-national projects would do literally the same, but even more so, as they would provide full time jobs and wealth creation for the nation in perpetuity, but where the HS2 £100 billion+ rail link that is basically designed to fail economically when based upon the evidence of other countries and which will have to be continually subsidized by the taxpayer like a lead weight around the British people's neck. This is totally unlike these two national/international projects for the United Kingdom that would completely transform the nation into the highest per capita nation in the world according to economic predictions after a mere 10 years of their completion.

BREXIT - UK Members of Parliament do not know what they Vote For and 'Why' They 'Never' get it right, not even when a Majority of 17.4 million British voters wanted it and voted for it - https://worldinnovationfoundation.blogspot.com/2019/03/brexit-uk-members-of-parliament-who-do.html

Cost of HS2 is 'out of control' and trains may never reach the North - https://www.birminghammail.co.uk/news/midlands-news/cost-hs2-out-control-trains-16279547

HS2 rail scheme essential, say MPs – But the Commonsense is in the Comments, not what our politicians have been brainwashed by Whitehall with and their lies  - http://www.newsmulti.com/uk-news/2013/dec/13/hs2-rail-essential-mps-transport-committee

The flaw at the heart of HS2’s ticket pricing - https://www.transport-network.co.uk/The-flaw-at-the-heart-of-HS2s-ticket-pricing/11268

‘Nobody knows’ how much HS2 will cost, admits ousted chair - https://www.building.co.uk/news/nobody-knows-how-much-hs2-will-cost-admits-ousted-chair/5097485.article

Over budget and out of date: The overwhelming case against HS2 - https://capx.co/over-budget-and-out-of-date-the-overwhelming-case-against-hs2/

Revealed: HS2 'abysmal value for money' at 10 times the cost of high-speed rail in Europe - https://www.telegraph.co.uk/news/2016/03/21/revealed-hs2-abysmal-value-for-money-at-10-times-the-cost-of-hig/

HS2 has cost us £1bn so far and it hasn’t even been officially approved yet - https://www.51m.co.uk/hs2-has-cost-us-1bn-so-far-and-it-hasnt-even-been-officially-approved-yet/

Post Carillion, now is the time for HS2 to hit the buffers - https://reaction.life/post-carillion-now-time-hs2-hit-buffers/

4 Reasons California's High Speed Rail is a Terrible Idea (And Not Likely to Go Far) - https://www.atr.org/reasons-californias-high-speed-rail-terrible-a8061

HS2 will serve wealthier passengers and deliver more benefits to London than the North - https://neweconomics.org/2019/03/hs2-will-serve-wealthier-passengers-and-deliver-more-benefits-to-london-than-the-north

High Speed 2: The best we can do?Creating more value from £33 billion- https://neweconomics.org/uploads/files/6deec6da8eb212246d_jsm6iqoq5.pdf

Is Spain’s high-speed railway a case of ‘too much, too soon’? - https://www.railway-technology.com/features/spain-high-speed-railway/

Does California owe the federal government billions from its canceled rail project? - https://edition.cnn.com/2019/02/14/politics/high-speed-rail-fact-check/index.html

Some countries are facing problems with their high speed railways - http://stophs2.org/news/2719-countries-hsr-problems-high-speed-railways

HOW CHINA'S RAILWAYS ARE LEADING TO HIGH-SPEED DEBT - https://www.longroom.com/discussion/1500711/how-chinas-railways-are-leading-to-high-speed-debt


Posted by World Innovation Foundation Blog at 13:48 No comments: