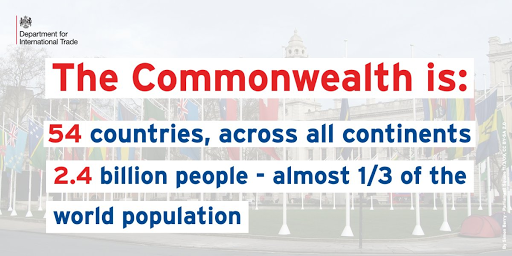 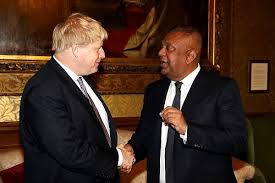 The UK’s economic future resided in the ‘Commonwealth’ and not the European Union (EU), even before the Referendum vote was made.

For according to the ‘World Economics – Measuring Global Economic Activities’, the Commonwealth of nations is growing rapidly in economic comparison to the EU.

The following is a reproduction of the Comparison from the World Economics website.

Real GDP Growth 1970 – 2015 (year on year % change)
Economic growth in the Commonwealth has accelerated over the post 1973 period in sharp contrast to the EU, where the growth rate has been falling gently from an average of 3.6% in the 1970’s to only 0.7% in recent years.

Therefore on all levels, trade with our Commonwealth makes full sense and where the UK’s future does not reside within the European Union as EU proponents have been stating for years.

Therefore the sooner we are out of the internal market, the better it will be for the people of the United Kingdom. All it takes is belief in ourselves and to look forward to a new era of trade deals with “The WORLD” including our continually economically growing Commonwealth (expected to be nearly 85% of the total economic global output excluding the EU based upon 2020  projections by the IMF Economic Outlook (April 2016).

If President-Elect Trump can bring Russia closer together with trade,  it will bring the Commonwealth of Independent States (CIS) into the equation also and where the UK with its ties with such Putin friendly nations like Kazakhstan, can benefit economically. The CIS’s combined GDP was $2.732 trillion in 2012 and estimated at $3.35 trillion in 2017. Therefore the UK has to look to not just the Commonwealth for trade deals post BREXIT, but with other combinations such as the CIS. But added to this, the whole of South-East Asia region that has the highest economic potential in the world is now open to us fully. Overall why settle for trade deals that restricts  like the EU to a mere projected 15% of the world’s GDP by 2020, when 85%  of the world’s GDP is open to the United Kingdom, should have been our politicians thinking (+ of course if EU has any common sense at all, trade with their countries as well). For it is time that the EU opened up its eyes and realised that trading with Britain can only be positive for them.

Indeed, our politicians like Heath et al must have been mad to sign us up to such a draconian and insular trade bloc that has no-where to go, but where of course, politicians always know best. In this case they clearly did not and where UK taxpayers have paid into the EU the current-day value equivalent of around £500 billion. The big question is due to the ineptitude of our political leaders from Heath to Blair and to Cameron, what Britain would have been like if that vast amount of money (£500,000,000,000) had been invested in the Country itself. I consider that it would have transformed the nation into a ‘dynamic’ one at the forefront of 21st century technology and not the relatively slow-growth economy that we have today. Time as they say will tell, but my money is on that BREXIT will prove in time to be the greatest positive decision that the United Kingdom and its people have ever made.

The EU has shrunk as a percentage of the world economy - https://fullfact.org/europe/eu-has-shrunk-percentage-world-economy/

European Commission slashes UK 2017 growth forecast in half due to Brexit - http://www.independent.co.uk/news/business/news/european-commission-slashes-uk-2017-growth-forecast-in-half-a7407136.html

Donald Trump – Prepare Yourself for the Best President in the History of the United States of America and who will Serve the American People for Two Terms and Possibly More if Legislation Allows it - https://worldinnovationfoundation.blogspot.co.uk/2016/11/donald-trump-prepare-yourself-for-best.html

Politicians are Allowing Corporations to Kill us - The TTIP (Trans-Atlantic Trade and Investment Partnership) is so evil that our political negotiators are now allowing 'Cancer' creating carcinogenic crop sprays to be used in the European Union - https://worldinnovationfoundation.blogspot.co.uk/2015/05/politicians-are-allowing-corporations.html

The European Union (EU) is Heading Towards Terminal Economic Decline, but where their Politicians Haven't the Knowledge to Realise What is happening and Why? - https://worldinnovationfoundation.blogspot.co.uk/2014/05/the-european-union-eu-is-heading.html

Is War Inevitable or is it Planned by Powerful People Behind Closed Doors in the Interests of Personal Economic Gains? Daesh could be an indicator of the Truth - https://worldinnovationfoundation.blogspot.co.uk/2015/12/is-war-inevitable-or-is-it-planned-by.html

The European Union ( EU ) is a long-term ‘Disaster’ waiting to happen over the next two-decades and therefore why should we the people pay for an ultimately failing system - especially when there is no accountability and the costs are astronomical and rising? - https://worldinnovationfoundation.blogspot.co.uk/2014/03/the-european-union-eu-is-long-term.html