The "Master Plan" for Humanity - thought up and designed for Humankind’s Future through the Mindset of the Real Global Overseers of the World Order, but where “YOU” will “NOT” like it, as it will lead to the Ultimate extinction of 90% of the People of the world - Part 2 of the Series concerning “Human Extinction and the Death or Survival of Humankind” 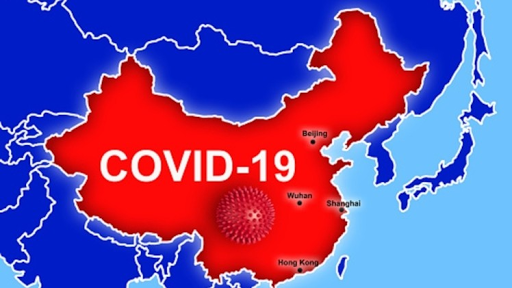 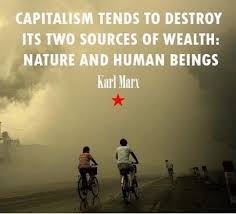 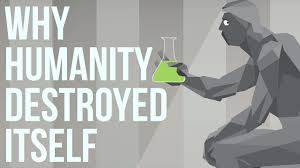 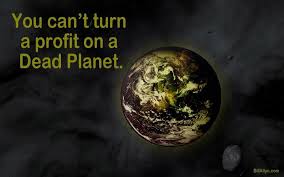 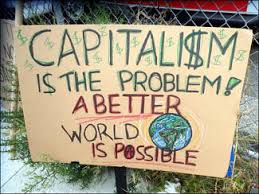 Two apt quotations before you read this particular Blog as a preamble are as follows:

But these deadly incidents that affect the whole world through their deadly pandemicity,  could just as easily be the military, as the is at the heart of the richest combined percentage and numbers by far of all global multi-billionaires and they are the ones who in reality are behind the scenes the ones who have created this 'doomsday global strategy' for and against humankind. Indeed the White House have had to try and dispel that it was not the US military that started the human killer pandemic virus that was derived from one of their military laboratories around the world (which deal with research into bio-chemical weapons - WMDs) and that had the means to implement the killer virus.

“Top Trump officials, including the president, have expressed their outrage at Chinese officials for trying to spread the theory that the military brought the coronavirus to . The State Department even called in Cui to take him to task.” - https://www.axios.com/china-coronavirus-ambassador-cui-tiankai-1b0404e8-026d-4b7d-8290-98076f95df14.html

But it has to be stated though, that’s what happened with the Spanish Flu when the military brought it with them to Europe during WW1 according to experts that have researched extensively over the decades  into the Spanish Flu and produced authoritative books and publications on the subject to where the Spanish Flu did in fact originate – for this human-to-human killer virus was not present on European soil until the arrival of the USA military and where prior to the troops leaving the US, there we many deaths at Army barracks and camps from something that was killing the troops and that was historically documented at the very time.Indeed uncounted sick soldiers were sent on boats to Europe and died during their passage because of the urgency of WW1 and the uncompromising  decision-making by US political leaders in compelling the ships to sail even though they were filled with highly sick soldiers onboard.

But again and as is expressed within this blog, it was probably a joint situation as the real power behind governments throughout the world (including China) is not the politicians themselves, but the 1% global controllers of the financial and economic markets – have no doubt about that ! -  https://www.dailymail.co.uk/news/article-8211291/U-S-government-gave-3-7million-grant-Wuhan-lab-experimented-coronavirus-source-bats.html

So no matter who and what, this was a military ops undertaken in accordance with this master plan for humanity to reduce human numbers over time and only a part of the overall strategy to ‘significantly’ reduce global population of the world to a mere 10% at most in the decades to come and initiated by the mindset of the elitist 1%, who indirectly (and directly in some nations) control everything.

For from now on unfortunately it has to be stated that these created human killer viruses will be released onto the world now in perpetuity until the target 10% or less total population of the world is reached and as time to change to robots to take over from humans takes over everything.

Don't be fooled that it was Huanan Seafood Wholesale Market, Wuhan, China that released this virus    - https://map.baidu.com/@12719236.24543101,3561481.9789897674,13z/latlng%3D30.6196%252C114.2576%26title%3DHuanan%2520Seafood%2520Wholesale%2520Market%26content%3DHuanan%2520Seafood%2520Wholesale%2520Market%26autoOpen%3Dtrue
Wuhan Tianhe International Airport
- https://www.google.com/maps/place/Wuhan+Tianhe+International+Airport/@30.7477101,114.2155394,13z/data=!4m12!1m6!3m5!1s0x342c013c0d9b713f:0xf35f84f912384723!2sWuhan+Tianhe+International+Airport!8m2!3d30.7766171!4d114.2124495!3m4!1s0x342c013c0d9b713f:0xf35f84f912384723!8m2!3d30.7766171!4d114.2124495
The distance from  airport and Huanan Seafood Wholesale Market is approximately 25km and in the flight-path of the airport, where a disguised military flight could quite easily have flown over Wuhan Seafood Wholesale Market to do whatever over days and even weeks. For this had to be the most probably case in order for the killer virus to spread so quickly and virulently and where a single person-to-person would not have spread at the extremely high rate of infection that it did throughout Wuhan and thereafter throughout the world-at-large. For now it is known that the Covid-19 killer virus was there is August 2019, so why did the Chinese authorities not lock-down Wuhan more quickly and only disclose to the world of this deadly killer in January 2020, over six month after the virus had been detected by Chinese scientists and their military. And thereafter due to this time lapse of 1/2 a year, allowing it to escape across the world as though it was all planned previously in military fashion for the maximum devastation in terms of human lives and economic debt as possible - a sort of sifting out system that allowed the majority to live, but the majority 90% to pay the ultimate price in perpetual financial and economic terms and through reduced economic work stagnation  and the vast cost of vaccine development/manufacture and debt issued by countries around the world - for this vast build-up of cumulative debt will probably exceed over $20 trillion globally when all this is finished and if at all.
For the elite 1% (who control the mighty corporations in reality one way or another) know that debt is a complete control mechanism for the people (held in debt shackles in perpetuity whilst their governments try to pay off all their country's accumulated debt, but which will never happen now as the world's debt is far too high to ever do this - indeed some macro-economists state that the USA's forward dept is over $230 trillion now and can never pay off such debt through the people' taxation and where the once mighty dollar will eventually fail) and with the Earth’s natural resources at their current extraction and use will run out in a relatively short period of time compared to the past and where the colonization of another planet has to be achieved to preserve the continued survival and control of the few.

Therefore the plan is initially to basically enslave 90% of the world’s people through constant debt (wars, global vaccines to combat their created viruses and all the support costs needed etc) to keep them down, built automaton support systems to displace humans, release killer viruses to reduce the world’s selective population (here you have to ask yourself, have you heard of any of the mega-billionaires who have contracted Covid-19 or even died from it and where these people have previously built-up antibodies already as this ultimate global plan has now been going on for decades behind closed doors).

Therefore this is a systematic plan to provide a world where the elite and their future dynasty followers keep the world’s resources for themselves and reduce the world’s population by around 90% in order to do this. Indeed it is a statistical fact that the first phase of this ultimate plan by the elites in releasing the constant flow now of these killer viruses (Covid-19 the first military released killer virus on the global population) killed people who had "at least one acute underlying health problem" to the tune of 94% of the total Covid-19 deaths. Therefore this will be the norm, but as the killer viruses released become far more deadly, these will not just kill people with underlying ill-health problems already, but in time, human who are healthy also. But due to these killer viruses having to have an anti-body vaccine for the top 1% elites who have created this global monster, these human-to-human killer viruses will only be released when this has been achieved and the top 1% is safe. For even a psychopath’s ultimate concern is for self-preservation above everything else.
Political and Corporate Sociopaths and Psychopaths are Destroying the World Order, but where the Political and Corporate Psychopaths are Really Not aware of what they are doing to the world-at-large, because of their insane thinking - Globalization is the Weapon they are using to Sequentially destroy the planet and the People are the Only Ones who will ultimately suffer, not the rich and powerful who have created this monster -- https://worldinnovationfoundation.blogspot.com/2014/12/corporate-psychopathy-is-destroying.html
For on average now these human-to-human influenza/respiratory human-to-human killer viruses now affect humanity on average every 10-years and where they are quickening up this time interval for their frequency and killing potential significantly. In this respect we only have to look at the comparison with the 2009 Swine flu that killed 284,000 people according to data and infected up to 1.4 billion people worldwide and where Covid-19 worldwide up to 12 September 2020, around 1 million people have died from only nearly 29 million cases of infection - therefore Covid-19 is a more deadly virus by far (and it has not finished yet by far based upon other pandemic time periods and where Swine Flu was prevalent globally for 19 months and from January 2009 until August 2010). Others lasted up to two years as was the case of Spanish Flu that took its last victim in 1920.
Comparison Between the 2009 Swine Flu Pandemic and the Current Covid-19 Pandemic
“Swine Flu”
The  US Centre for Disease and Control Prevention  (CDC)  estimated that 150, 000 to 575,000 people died from (H1N1) pandemic virus infection in the first year of the outbreak.
80% of the virus-related deaths were estimated to occur in those < 65 years of age.
In seasonal influenza epidemics, about 70% to 90% of deaths occur in people ≥65.
“COVID-19”
An analysis of countries and US states or major cities with at least 250 COVID-19 deaths as of 4th  April reports that individuals aged <65 accounts for less than 10% of all COVID-19 deaths.
People aged  < 65 had 13- to 15-fold lower risk in ,  and .
The WHO further stated that older people are at highest risk: over 95% of deaths occurred in those > 60 years. More than 50% of all deaths were people > 80 years or older.
People <65 years old had 34- to 73-fold lower risk than those ≥65 years old in the European countries.

Overall all the above is in the name of 'capitalism' and the requirements of the top 1% to take control over everything to self-preserve their top elite dynasties in perpetuity no matter what it takes - indeed currently the 1% control just over 50% of 'ALL' global wealth. Therefore with their governments in tow, that they do by controlling the political leaders of the time through their behind closed doors dominating influence and political financial donations to political parties, the 1% elites control everything that we do and happens to us even today, but where they want everything just for themselves with no regard whatsoever for the rest of humility. The sooner we understand this fact the better it will be for the survival of the human experience for the majority.

You may ask, when will Covid-19 + 1 be released? My reply and advice is, ask our political leaders and military leaders.

Presidential candidates may be psychopaths – but that could be a good thing - https://www.ox.ac.uk/news/2016-08-23-presidential-candidates-may-be-psychopaths-%E2%80%93-could-be-good-thing#
Why the 'Innovation Chain' is so Important for the Future World and Why things have to Change for Humanity - https://worldinnovationfoundation.blogspot.com/2014/02/why-innovation-chain-is-so-important.html

Vaccines will 'Never' save us from a deadly equivalent of Spanish Flu if common sense is used - https://worldinnovationfoundation.blogspot.com/2013/12/vaccines-will-never-save-us-from-deadly.html

Global Pharmaceutical Giants have made Criminal Activity legal and the vast US multi-billion dollar Fines just a part of their Drug Costs - https://worldinnovationfoundation.blogspot.com/2013/12/global-pharmaceutical-giants-have-made.html

Another Warning for Humankind that an equivalent human-to-human killer virus will eventually emerge and which will be far more deadly than the Spanish Flu that took with it up to 100 million Human lives - the next time with rapid transit systems the human-to-human killer virus will no doubt take over 1 billion lives based on that fact and that we have 4-times more living on planet Earth - https://worldinnovationfoundation.blogspot.com/2013/12/another-warning-for-humankind-that.html