The 'Corporate' EU Referendum that the Stay-In Vote Want us to Sign Up Too, Will Kill UK Democracy and our Sovereignty as a Nation for Good - Goodbye Great Britain Forever Never to be Seen Ever Again Under EU Rule - But 'Obama' Wants It That Way, but again, Would He Want That If It Was the United States of America? I Would Say a Definite NO, NO, NO... ! 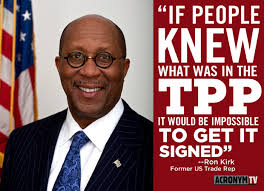 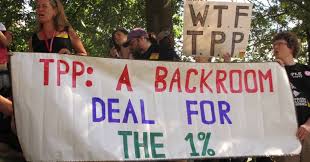 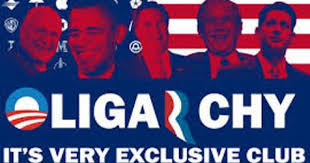 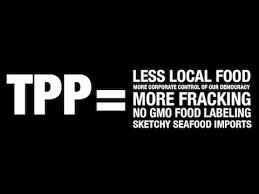 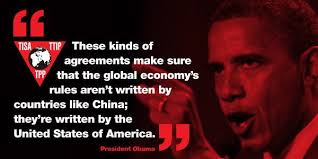 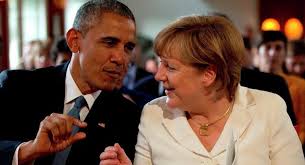 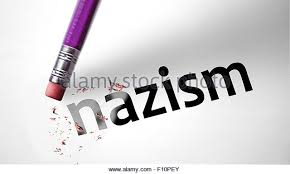 Barack Obama, President of the United States of America and the Leader of the so-called 'Free World'

Obama is placing his 'Authority' firmly down on the British people through his threats that the UK would be at the back of the queue if we leave the EU. It seems it does not matter that we have supported him and his country by giving the lives of our servicemen for his disastrous foreign policy around the world, engulfing Europe in the biggest migrant crisis that the world has ever seen. Indeed, far greater that the migrant exodus through the largest world war of all times, WW2.


Added to this, Obama has covered up all sorts of insidious matters where even thousands of American citizens have died and have not got justice from him. Saudi Arabia and 9/11 is a primary case where for over  a decade he and his predecessors have kept secret the Saudi's involvement with the mass murder of  Americans. The reason, he is a corporate man, not a people's man and independent information clearly proves that during his presidency of the United States of America.

A very appropriate statement that sums Obama up is that by Sir John Dalberg-Acton, 8th Baronet.

Obama, Cameron, Merkel, Clegg, Blair, Brown, Parliamentary Labour Party, Conservative Government, the Liberal Party, Scottish Government, SNP, Welsh Government, CBI, BBC and almost all economists in the stay-in EU camp are corporate puppets, that only think of themselves and not the future of the UK people and their offspring, bowing to the wishes of their behind closed doors, corporate masters.


You can see this clearly with the so-called Transatlantic Trade and Investment Partnership (TTIP). For all the above want the treaty to be signed.
They do not care that the NHS will completely go through this 'secret'  treaty, as it will, as the TTIP makes it clear that 'Monopolies' just cannot exist - for it is against the treaty's corporate objectives.


That objective is to privatise every public service that they can and that is why it is being called the largest transfer of public ownership of services in the history of the world to big business. The main point about TTIP is that it is forever and irrevocable backed by US and EU law, where all  EU national legal systems, including the British legal system, will not be able to challenge any corporate rulings that are made against the taxpayer in these secret TTIP tribunals/courts. The treaty states this, so do not be fooled by what our corporate corrupt politicians tell you, as there is something in it for them, but not the people. Hard to understand or agree that this is the truth, read up yourself, as once signed by our politicians into European Law and US Law, the people will never thereafter be able to do anything about corporations being paid billions upon billions in these corporate courts. Indeed when the people really find out what has been going on behind their backs in secret and they see the great harm that the TTIP is causing, the people will not be allowed to rebuild the NHS as an example, as the TTIP laws make it illegal to do so. Therefore when the people eventually find out that this corporate trade deal is bad for them and really bad for them, they will be no way that these services will ever be able to go back into public ownership, such as our unique NHS in the world of today. That is what the EU's TTIP will do, destroy our NHS forever.


But our politicians know all this, but where also they are not telling the people either. I wonder why and UK voters should ask their local MPs why they are not and keeping these things perfectly secret and in the dark.


When it comes to Obama and the USA, they are only interested in the UK being in the EU for their own economic ends, as they always have been if we are realistic. For the US's adoption of 'Fracking' is a prime example here and where the world due to the USA's self-interest, the outcome has  been to flood the world with oil. This has had the effect of cutting drastically national government revenues from taxes such as in the UK. Indeed in the UK's case, from £2,000,000,000 during fiscal period 2014>2015  to a mere £35 million this year and one of the reasons why our government revenues are in a terrible state, with balance-of-payments the worst that they have ever been in real terms. Therefore if the EU is so good, why is it not booming and the UK booming from such an effect? The answer  is that economic dynamism is none existent, in the EU 28, because EU's policies are totally destructive in growth terms and utterly defective in its underlying thinking.

But is Obama and his Administration bothered about what they are doing to the UK? The answer to that has to be a resounding and definite big NO, as they only look after themselves and drag the UK into illegal wars through the USA's 'corporate interest' foreign policy...totally biased towards American big business. In this respect all the major mayhem around the world that we see today, is a direct result of American foreign policy. The middle-east just in modern times is a prime example and the migrant crisis that is one of the dire results; the numbers exceeding even those of WW2. Indeed, the migrant crisis and the EU's open boarded policy for years has brought the NHS to its knees and the main reason why it is being destroyed on the altar of the EU through their totally inept and absolutely stupid policies being forced on all UK citizens.


Therefore if the British people really wish to save the NHS and keep it as a public service, you simply have to vote OUT of the EU. For if you do not, you will see the NHS be devoured by predominantly US big business in the form of their massive private healthcare system that is totally driven by profits and not what it should be, the wellbeing of the people. Indeed, the USA healthcare industry is just waiting in the wings to swoop on the NHS as soon as the TTIP is signed into EU Law (note, that I do not say UK law, for it will never appear there, as EU law is supreme and UK law is subservient)


The EU has already rescinded and accepted the use throughout the EU of lower cost US carcinogenic crop sprays due to pressure from the USA's TTIP negotiators. Therefore we shall now have even more human cancers in the years ahead (probably an explosion in future death rates through this reduction in standards and where the EU will simply say that it is a normal cycle) and where corporate America will be treating us then, for vast profit again.  Standards are dropping in the EU already therefore through direct US intervention  and the TTIP will be the final nails in the coffin of EU health standards. Don't believe me, do your own research again.


Therefore Obama is just a corporate puppet that will end up like Blair, lining his pockets with his thirty pieces of silver when he leaves office. Mark my words and see what has happened with Blair with his secretive Blair Associates, will happen with Obama also, bringing him in just like Blair, hundreds of millions. These are self-interested people and I would not trust them as far as I could throw them. Indeed, the people in reality can go to hell is their principle and  where time will show that like Blair, Obama will be the same. They are not socialists for the people as their politics are supposed to support, but money grabbing self-interested individuals with no empathy for others in society at all in reality.


The only answer is OUT of the EU, as all those who want in, are just lining their own pockets when you look into their long-term motives. Don't believe me again, do your own research.

'BREXIT - Switzerland Voting Not to Join the EU on 1 March 2016 is a Pointer to the British People What they Should do on 23 June 2016' - http://worldinnovationfoundation.blogspot.co.uk/2016/03/brexit-switzerland-voting-not-to-join.html

'Democracy died a death when 'Partyocracy' (a party-ruled 'democracy) and 'Corporatocracy' Corrupted the System and became the New way to Control People and run a Nation' - http://worldinnovationfoundation.blogspot.co.uk/2014/04/democracy-died-death-when-partyocracy.html

'Failed Empire - Chronicling the collapse of a failed society - Obama is a Corporate Stooge' - https://failedempire.wordpress.com/2010/11/11/obama-is-a-corporate-stooge/

'Brexit - The Truth Behind the EU's Accounts and the Endemic Corruption that Supports a Non-Changing System of Economic Waste and Jobs for the 'Boys' - http://worldinnovationfoundation.blogspot.co.uk/2016/03/brexit-truth-behind-eus-accounts-and.html

'EVERYTHING ABOUT THE TPP PROVES OBAMA IS A PATHOLOGICAL LIAR! ' - http://thewarmongerreport.blogspot.co.uk/2015/05/everything-about-tpp-proves-obama-is.html

'5 Reasons Obama is a Proven Stooge of the Elite' - http://www.activistpost.com/2012/02/5-reasons-obama-is-proven-stooge-of.html

'Brexit - THREE' of the Great Myths (and more) of staying 'IN' the EU Destroyed if the People of the United Kingdom Would simply Use Their Common-Sense and Read into the TRUTH' - http://worldinnovationfoundation.blogspot.co.uk/2016/02/brexit-three-of-great-myths-of-staying.html

'CONTROL - The Most Powerful Word in the World and What Corporate Leaders and the Political Elite Crave For to the Extent of Being Psychopathic in 'Their' Thinking and Actions Against the People' - http://worldinnovationfoundation.blogspot.co.uk/2015/01/control-most-powerful-word-in-world-and.html

'Switzerland–European Union relations' - https://en.wikipedia.org/wiki/Switzerland%E2%80%93European_Union_relations
'Is War Inevitable or is it Planned by Powerful People Behind Closed Doors in the Interests of Personal Economic Gains? Daesh could be an indicator of the Truth' - http://worldinnovationfoundation.blogspot.co.uk/2015/12/is-war-inevitable-or-is-it-planned-by.html
'The other side of the Alps: living and investing in Switzerland - The politically-savvy Swiss are so happy they stayed out of EU' - http://www.spectator.co.uk/2016/03/the-other-side-of-the-alps-living-and-investing-in-switzerland/
'Switzerland votes 'No' to EU membership, supports Brexit - See more at: http://www.sigmalive.com/en/news/international/142385/switzerland-votes-no-to-eu-membership-supports-brexit#sthash.QrGWumHH.dpuf' - http://www.sigmalive.com/en/news/international/142385/switzerland-votes-no-to-eu-membership-supports-brexit

Posted by World Innovation Foundation Blog at 08:38 No comments: