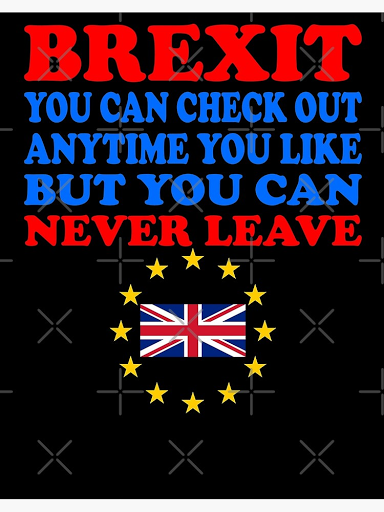 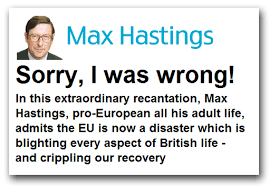 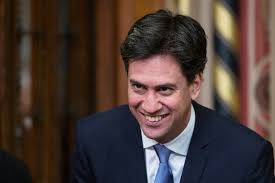 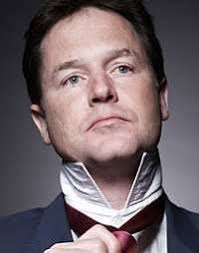 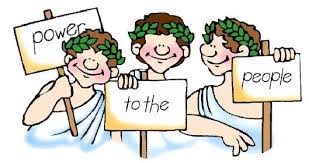 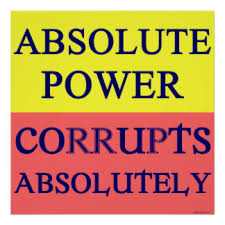 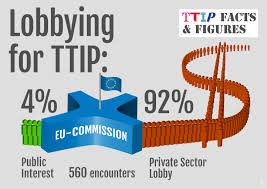 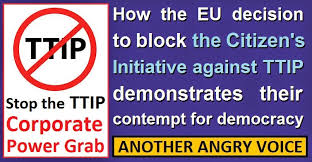 The people of the United Kingdom will not "IN REALITY" come out of the European Union (EU),  because our political elite that are controlled by big business and money behind the scenes and closed doors, have decided that this will be the case no matter what, even if the people want too or not - it will appear out, but we shall still be in, in all but name. Get real !!


References:
'The charade behind a 2017 EU referendum' - http://www.brugesgroup.com/eu/the-charade-behind-a-2017-eu-referendum.html?keyword=23

'Corporate Psychopathy and Psychopaths are Destroying the World Order, but where the Political and Corporate Psychopaths are Not aware of what they are doing to the world-at-large - Globalization is the Weapon they are using to Sequentially destroy the planet and the People are the Only Ones who will ultimately suffer, not the rich and powerful who have created this monster' - http://worldinnovationfoundation.blogspot.co.uk/2014/12/corporate-psychopathy-is-destroying.html

'The Euro Probe - 2013 – 013 How the Lisbon Treaty was voted through' (or manipulated for the political elites to deceive the people) - http://www.theeuroprobe.org/2013-013-how-the-lisbon-treaty-was-voted-through/

'The KINGS of KINGS and Masters of Humankind's Ultimate Kismet - the 'New' WORLD ORDER that will eventually dispatch Humankind to Oblivion and its Ultimate Extinction - The Greed of the Few Combined with Our Planet's Natural Resources Running Out will make this Inevitable...We have to Change Our Development Mechanism from Corporate Globalization to Sustainability before we have Used Up 'All' the Non-Replenishable Natural Resources of the World...the planet belongs to all of us NOT the Few !' - http://worldinnovationfoundation.blogspot.co.uk/2014/08/the-kings-of-kings-and-masters-of.html

'Democracy died a death when 'Partyocracy' (a party-ruled 'democracy) and 'Corporatocracy' Corrupted the System and became the New way to Control People and run a Nation' - http://worldinnovationfoundation.blogspot.co.uk/2014/04/democracy-died-death-when-partyocracy.html


'Vote Now: Should We Have An EU Referendum?' - http://www.lbc.co.uk/vote-now-should-we-have-an-eu-referendum-46409#poll-result-208
'Cameron will NOT hold EU referendum earlier than 2017 as Scottish and Welsh nationalists demand veto on exit' - http://www.dailymail.co.uk/news/article-2944573/Cameron-NOT-hold-EU-referendum-earlier-2017-needs-time-better-deal-Brussels.html#ixzz3XDQm8gTw


'The European Union ( EU ) is a long-term ‘Disaster’ waiting to happen over the next two-decades and therefore why should we the people pay for an ultimately failing system - especially when there is no accountability and the costs are astronomical and rising?' - http://worldinnovationfoundation.blogspot.co.uk/2014/03/the-european-union-eu-is-long-term.html


'Weighting of votes in the Council' - http://europa.eu/legislation_summaries/glossary/weighting_votes_council_en.htm


'Does the UK Government ‘CARE’ more about the European Union (EU) than the People of Britain?' - http://worldinnovationfoundation.blogspot.co.uk/2013/12/does-uk-government-care-more-about.html


'CONTROL - The Most Powerful Word in the World and What Corporate Leaders and the Political Elite Crave For to the Extent of Being Psychopathic in 'Their' Thinking and Actions Against the People' - http://worldinnovationfoundation.blogspot.co.uk/2015/01/control-most-powerful-word-in-world-and.html