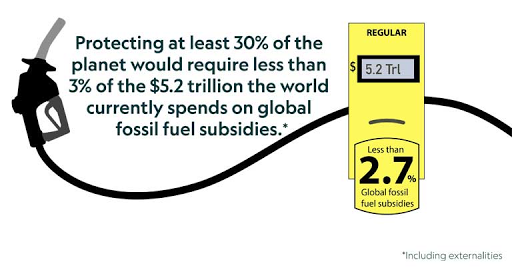 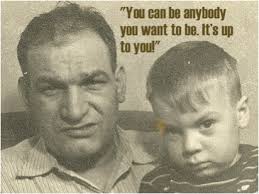 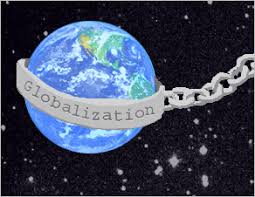 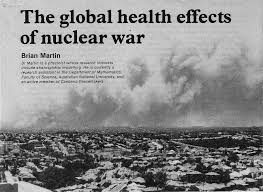 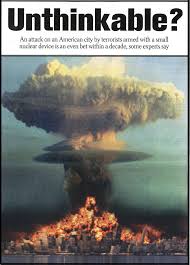 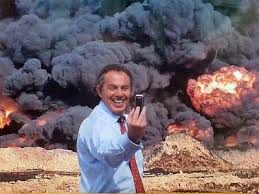 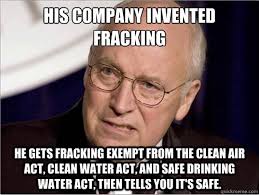 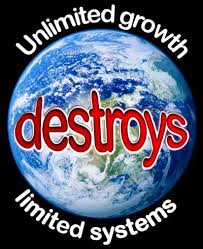 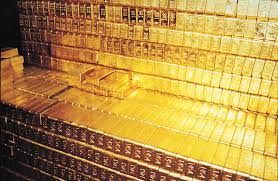 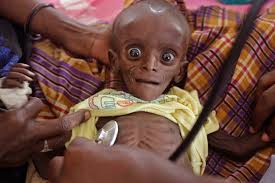 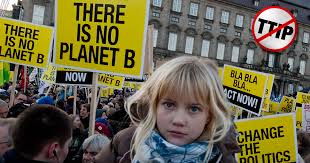 Indeed when it comes to ultimate control, less than a mere thousand people control the destiny of the USA as an example, and at their pleasure. For it's official now, as they even control the White House in reality, even before a new President is elected, no matter which Party gets into power. In this respect, in the USA things are not as they seem and where western media controlled by the top 1% wealthiest Americans, is suppressing the 'real' America of today.  America has bought their political leaders before they even enter the White House and where the working poor, working class and middle class that accounts for 90% of the American people, have no say anymore in their country's future. Only the rich and powerful has any real say. Indeed the article by investigative journalists at the New York times released on 10 October 2015 makes this perfectly clear For just 158 families have provided nearly half of the early money for efforts to capture the White House. - http://www.nytimes.com/interactive/2015/10/11/us/politics/2016-presidential-election-super-pac-donors.html?emc=edit_na_20151010&ref=headline&_r=0
'Is War Inevitable or is it Planned by Powerful People Behind Closed Doors in the Interests of Personal Economic Gains? Daesh could be an indicator of the Truth' - http://worldinnovationfoundation.blogspot.co.uk/2015/12/is-war-inevitable-or-is-it-planned-by.html

What the leader of 1.2 billion Roman Catholics has to say about 'Capitalism', even though our politicians will not say, for fear of upsetting the top 1% who own 50% of all the World's Wealth according to Credit Suisse and where they are getting richer by the day...basically he is right - Pope Francis Criticizes Capitalism as a "Putrid, Rotten System" - http://www.opednews.com/articles/Pope-Francis-Criticizes-Ca-by-Mike-Rivage-Seul-Capitalism_Economy_Environment_Markets-151001-953.html

The 'father of the Atomic Bomb' Robert Oppenheimer famously stated, after the first atomic bomb had released its enormous destructive power,  "Now I am become Death, the destroyer of worlds". The irony of the 'bomb' and although it is the most destructive force created by humankind, it is basically the reason why there has not been any further devastating world wars. The concept of MAD (Mutually Assured Destruction) has made that a fact. Indeed forget about political and diplomatic intervention and discourse as the reason why there has not been a World War 3 (WW3), for in reality and using common sense, only the knowledge that everyone would be annihilated through a global nuclear nightmare has saved the world from human extinction. Putin, Obama and Xi Jinping know that very well, as they want to survive together with their families like everyone else.
'MIT computer simulation predicts total global economic collapse in less than 20 years' - Massachusetts Institute of Technology (MIT)
http://www.naturalnews.com/035700_MIT_economic_collapse_simulation.html
'People and the planet' - Royal Society https://royalsociety.org/~/media/Royal_Society_Content/policy/projects/people-planet/2012-04-25-PeoplePlanet.pdf
'Twenty-First-Century Fascism: Private Military Companies in Service to the Transnational Capitalist Class' - http://www.opednews.com/articles/Twenty-First-Century-Fasci-by-Peter-Phillips-ASHCROFT_Bilderberger_Billionaires_Capitalism-151021-227.html
But now the destroyer of worlds has a new and more subtle destructive force that we call modern capitalism and globalization and which is becoming evermore powerful by the year. People will think that this is sheer madness, but where in essence the very mantra and concept of globalized capitalism can only lead to the ultimate destruction of human's period of existence on Earth. For capitalism and globalization has no real concept of sustainability and only comprehends taking for the good of the very few. Indeed the more that the world's natural resources are used in the name of globalization, the more the planet dies. Not hearsay but sheer fact. The whole thing is driven by specific greed and not the long-term sustainability of the world and human existence itself.
'This is what corporatocracy looks like!: Trading US Democracy for Corporate Profits with TPP' - http://www.opednews.com/articles/This-is-what-corporatocrac-by-Dave-Lindorff-Corporate-Corruption-Crime_Corporate-Rule_Corporatocracy_Democracy-150215-572.html
'Fast Track Trade Traitors Murderers and Enemies' - http://www.opednews.com/articles/Fast-Track-Trade-Traitors-by-Rob-Kall-Enemies_Enemies-Of-Democracy_Fast-Track_Killing-150614-57.html
Globalization was hailed as the great revolutionary mechanism where all the world's people would benefit. That is the way that it was sold to all of us, even to our political leaders. But in essence it is a mechanism that places more and more power and the world's wealth into the hands of the very few. In modern times a mere 0.7% according to Credit Suisse's 2013 Global Wealth Report controls 41% of the total wealth of the world. Indeed according to the same report the top 10% of the world's population control 86% of the world's wealth. leaving a mere 14% of the world's wealth in the hands of the remaining 90% of the world's people. This power vacuum between rich and poor has been increasing year-on-year and where on its present path the top 10% will by around 2050 control at least 90% of the world's wealth.  Unfortunately with this vast concentration of wealth controlled by an elite and relatively small number, it buys politicians and governments whether they be in so-called democratic, republic or federation countries. Indeed some economists have calculated that unofficially the richest person with his family in the world is Vladimir Putin who has an estimated wealth of around $130 billion.

Therefore a very small elite number of people compared to the world's total population control behind the scenes what governments and the world order actually does. Considering this fact, politicians and political leaders are therefore mere 'puppets' in the whole scheme of things and where the accumulation of great wealth is all that counts. Unfortunately again with this mindset, the world dies a little each year, as sustainability becomes less likely due to 'our' resources being destroyed in the quest of more wealth in the hands of the few. This equates at the bottom-line to power and control.

This blinkered look of the world eliminates sustainability for the whole of humankind and with this thinking, ultimately leads to the destruction of civilizations. For these control masters are blind to the realities of their quest to have evermore wealth and power, as that is all that counts to them in reality.

Whitewashing Fascism - USA, Canada and Ukraine Vote against a UN Resolution in "Combating glorification of Nazism, neo-Nazism and other practices that contribute to fuelling contemporary forms of racism, racial discrimination, xenophobia and related intolerance." Therefore the USA, Canada and the Ukraine are for Nazism and where European countries mainly abstained as they did not want to upset Obama.
WTF! US, Canada & Ukraine Vote Against Russia's Anti-Nazism Resolution at UN! - https://www.youtube.com/watch?v=ONfCcOaXV20

"The KINGS of KINGS and Masters of Humankind's Ultimate Kismet - the 'New' WORLD ORDER that will eventually despatch Humankind to Oblivion and its Ultimate Extinction - The Greed of the Few Combined with Our Planet's Natural Resources Running Out will make this Inevitable...We have to Change Our Development Mechanism from Corporate Globalization to Sustainability before we have Used Up 'All' the Non-Replenishable Natural Resources of the World...the planet belongs to all of us NOT the Few !" - http://worldinnovationfoundation.blogspot.co.uk/2014/08/the-kings-of-kings-and-masters-of.html

"Inequality and the top 10% getting Richer and Richer by the year will Destroy the UK Economy, Democracy and even the NHS - Time has come to Create New Ways of Running and Managing our Economy or the nation will Never Recover and Provide a Meaningful Future for the Majority of our People" - http://worldinnovationfoundation.blogspot.co.uk/2014/08/inequality-and-top-10-getting-richer.html

"How globalization killed America… and the world" - http://moneyedpoliticians.net/2009/02/09/how-globalization-killed-america-and-the-world/

"With Global Natural Resources Running Out this will lead to Global Wars that will Destroy the Human Experience if Political Leaders and the World's Most powerful Corporations Do Not Come to their Senses over the next 20-years" - http://worldinnovationfoundation.blogspot.co.uk/2014/05/global-resource-running-out-will-lead.html

"On Inequality and the Collapse of Globalization" - http://permaculturenews.org/2013/10/18/inequality-collapse-globalization/

"Vast Corporate & Political Power in the West have Impoverished the People of the USA and the EU over the past 30-years – and unfortunately it will get far worse as things will not change for the better - http://worldinnovationfoundation.blogspot.co.uk/2014/03/vast-corporate-political-power-in-west.html

"12 Reasons Why Globalization is a Huge Problem" - http://theenergycollective.com/gail-tverberg/189941/twelve-reasons-why-globalization-huge-problem

"Globalization is not the panacea for global Good or the sustainability of Future Humanity and can only end in a world in extreme conflict with itself and oblivion" - http://worldinnovationfoundation.blogspot.co.uk/2014/01/globalization-is-not-panacea-for-good.html

"Global Poverty and Inequality are the Reasons for Wars and our Politicians and the Super Rich should Clearly Understand This !" - http://worldinnovationfoundation.blogspot.co.uk/2014/01/global-poverty-and-inequality-are.html