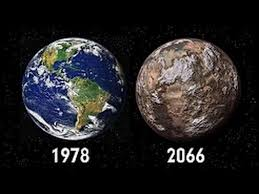 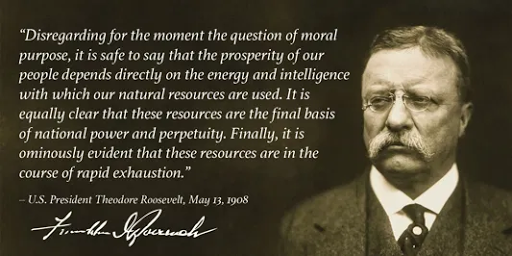 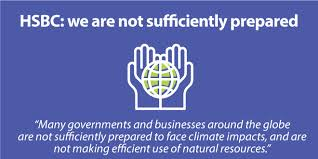 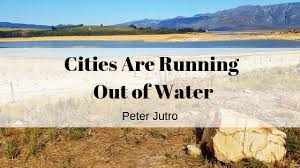 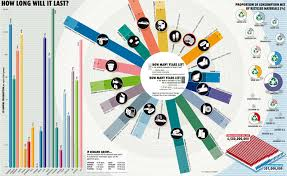 As can be seen from the map above, conflict and political violence affect in one way or another around 96% of the world's population. This conflict ranges from extreme risk to medium risk, dispensing with low risk nations. But most of these have at their base economics and the acquisition and disagreements on geographical  territories. Some conflicts may not specifically cite land acquisition as the reason but where the outcome and determination of any of their disputes entails land - the base of all wealth. As the world's  natural resources that cannot be replenished runs out, geographical conflicts will escalate. This is not mainly based upon what many commentators in global security are saying (including the world's most informed and influential, the National Intelligence Council based in Washington, DC), but on common-sense grounds and the economic laws of supply and demand. Indeed, as natural resources to support human life deplete significantly, escalation in major global wars are to a very great extent, inevitable. In this respect also, it is not the politicians who decide this, but global corporations and where last year according to Forbes, the corporations on their  'Global 2000 List' controlled  51% of the world's total economic turnover - around US$36 trillion in nominal terms. Therefore global corporations supported by our political leaders are in many ways again, through the present globalization strategic agenda and process, taking the world's people unavoidably to many minor global wars to start with but where with the continual escalation of these geographical conflicts, a chain reaction will eventually be created that will most probably evolve into what can be considered as World War 111.

Indeed over the last six months of 2014, levels of conflict and political violence have risen significantly in 48 countries, according to the latest index released by global risk analytics company Maplecroft (Resource rich countries lead global conflict and political violence index - http://www.mining.com/resource-rich-countries-lead-global-conflict-and-political-violence-index-39716/), which highlights the destabilising effects of societally and economic induced regime change as a key factor in the surge in risk. In this respect as big business supports regime change if it is in their corporate interests, they will lever the leadership change behind the scenes. For this corrupt process is attained by powerful economic and financial interests destabilising the nation concerned through the economic and financial power that they wield.
But so that people can understand that vast economics and financial gain for the very few are behind all conflicts, the following gives an overview of conflicts currently around the world. Unfortunately these will grow in numbers and intensity over every future decade to come due to countries needing ever more natural resources for their economic development. Indeed presently China's intimidation of Vietnam by installing an oil rig in disputed waters is a fine example of what the world faces in future times. But one of the great areas of dispute will be the two 'poles' in the 21st century and where even China will enter this dispute to control this geographic area. The reason there are untold and untapped resource under these vast geographical areas of the world's surface area.

'The Lie Machine' - http://www.opednews.com/articles/The-Lie-Machine-by-Paul-Craig-Roberts-America_Corporate_Corporations_Power-141012-777.html by Dr Paul Craig Roberts, former Assistant Secretary of the US Treasury for Economic Policy in the Reagan Administration
But prime examples of wars that were economic at their base where WW1 and WW2. In this respect Germany wanted to build a great empire and WW1 was all about that and where this required taking territories from existing nations. Hitler and Japan through WW2 wanted the same. For both these military invaders knew that land was the great prize and the basis of all economic wealth and power. For  whoever controls  the land controls the natural resources there under and the nation's people who they have conquer - control of materials and a nation's labour force to do their economic bidding. So no-one should have any illusions that all wars are 'economic' at their base and religion et al is purely a smoke-screen for those who wish to possess wealth.
Presently there are over 243 geographical disputes across the world  - http://en.wikipedia.org/wiki/List_of_territorial_disputes
The ones that will give rise in relative times  to major conflict in the future are,

1. Senkaku Islands, East China Sea - continual dispute between China and Japan will intensify. Now we have also the China-Vietnam geographical conflict in the same region of the world and where this shows that China's intension to put its growing economic (and military if needed) power behind any disputes. The irony will be that the USA who bombed the hell out of Vietnam will become the big brother of Vietnam whether officially or not. In this respect the US know that presently and for the next 20 years they will still lead the world militarily and where China knows what the effects that MAD would do. Therefore all wars will be up until then, non-nuclear, but where after a further two decades as the US will not have the financial resources anymore to act as the world's policeman, tactical nuclear weapons will be unleashed. When that happens it will be the start of the end and that is why the next 20-years are so crucial, not just for mere mortals but for political leaders and those who run the world's largest corporations. Indeed presently these people forget that nuclear weapons do not discriminate between a multi-billionaire and the poorest person in sub-Sahara Africa. For they both will die. Incredibly though, the rich think that they are immune to everything and that is their Achilles Heel - absolute complacency.

2. Jammu and Kashmir
With the ultra-right government now coming to office in India, the old feud between nuclear Pakistan and nuclear India will raise its ugly head again. It is a certainty.

3.   Transdniestria
Proclaimed independence from Moldova and allegiance to Russia Federation.  With constant Russian military presence on the border and with the recent situation in the Crimea and the on-going conflict in the Ukraine, this is a area that could have a knock-on effect with the Ukraine-Russia military dispute.

4. Western Sahara
Morocco succeeded in annexing the approximately 100,000 square miles (259,000 square kilometers) of resource-rich desert territory, and it has remained disputed ever since. Eventually bigger players will enter the fray because of these significant resources. Watch out for China again who have a major foothold in Africa with regard to natural mineral and material extraction et al that is underpinning and supporting their unparalleled economic growth.

5. Golan Heights, Gaza Strip, and West Bank
This conflict just will not go away and will escalate again. But with the growing might of Russia wanting to flex its economic and military muscle,  their interests in the middle-east, will create a tinder box.

6.  North Korea
Increased tensions will eventually boil over (taking sabre rattling unintentionally too far) and military intervention will ensue. This and a combination of other conflicts across the world, due to the people rising up against their governments and the power of the rich, will continue the main fuse to a collapse of the current so-called peaceful world order.

Allied to the above, you should know about the 'Gates Foundation' and Others, and how they manipulate the system to their own ends and predominantly unknown to the people - indeed they are not the so-called good guys that they make out to be - http://www.opednews.com/articles/Privatized-Ebola-by-Margaret-Kimberley-Bill-Gates_Bottom-up-Top-Down_Ebola_Philanthropy-Giving-141016-114.html