NHS ‘Will’ Disappear if the UK ‘Stays in’ the EU, But we have a chance of 'Retaining it’ if We EXIT – For the ‘Stay-In Vote' will Destroy our NHS Forever 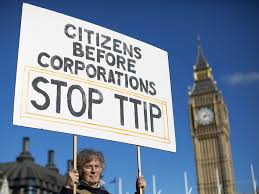 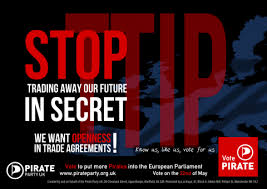 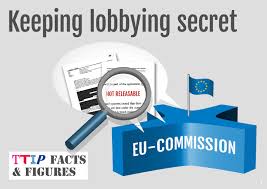 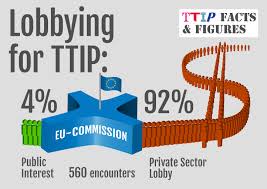 The EU Referendum is a ‘vote’ to either  SAVE the NHS and keep it in public ownership or for it to be ‘Privatised’ and to be controlled by the large corporations, who’s ultimate purpose is to make profit. For only if the UK comes out of the EU, will it be retained in public hands. That can be seen clearly from the following two alternatives, using logic and what ‘POLITICAN SUICIDE’ would ‘mean’ to the political party that took the NHS into Privatisation’ for ‘big business’ forever. For that incumbent government of the day, would never see power ever again, as the people would never forget or FORGIVE what they had done. Indeed, the people would never agree to the NHS going private for sheer corporate profits, based upon poll after poll and where the people’s consensus is overwhelmingly to preserve the NHS.

1. The ‘STAY-IN’ Vote will Destroy the NHS
The TTIP – TransAtlantic Trade and Investment Partnership
The TTIP EU-US Trade deal is the flagship trade agreement of the EU. It is a so-called free trade agreement, but where it is a toxic corporate trade deal in reality, when people delve into the leaked documents obtained to date that this secretive agreement has created. Indeed, once signed by the EU, the NHS will go in a relatively short period in time through total privatisation. The reason, this so-called trade deal states clearly, that ‘MONOPOLIES’ just CANNOT EXIST. Therefore staying in the EU is signing the ‘Death Warrant’ for the NHS, for no matter what our politicians say about guarantees and cop-outs, eventually under EU Rules they would have to relent to the dictates of the EU-US Treaty. So my advice is NOT to BELIEVE what ANY of our political leaders tell you, as they are not telling you the truth. In this respect, the Conservatives, Labour, Liberal Democrats and Greens have all signed up to the TTIP. They will not tell you that of course.
Indeed added to the above, this so-called trade treaty will according to some leading economists, destroy at least 3 million EU jobs as they are transferred to the low-cost labour economies of the world, just like they have with other smaller trade deals. Indeed, you do not hear about the negative side of what our politicians are signing us all up to and where this is just a mere single example of the dark side of these trade corporate deals. Therefore our children and grandchildren will have millions of fewer jobs to look forward to after the signing of the TTIP, not more. Indeed in the USA, some economists have stated that 14 factories a day close, as labour is transferred to the low-cost labour economies and where American unemployment goes up in numbers. The same will happen in the EU as the TTIP is largest so-called trade deal in history than all previous trade deals and where our politicians are apparently blind to all this negative impact on jobs and peoples. But through this sheer corporate ravaging of the EU’s economies by the largest corporations in the world, the NHS will definitely go and be one of the biggest negative fall outs with the TTIP. Don’t believe me, read yourself what ‘independent’ analysis say on the WWW, not corporate lobbyists and government propaganda that are in reality, selling their people down the river, BIG TIME.

2. The ‘LEAVE’ Vote will Save the NHS
The UK OUT  of the EU would mean that Prime Minister Cameron, or any future prime minister, ‘Would Have to Ask’ the British people if they wanted to ‘privatise’ the NHS or leave it in public ownership. Staying-in the EU, would not allow this to happen because of the signed TTIP Treaty.

This would be ‘POLITICAL SUICIDE’ if ANY Political Party attempted to do this and where such a political move would be overwhelmingly against the people’s wishes. Indeed, if a political administration did this, the people of the United Kingdom, would never forgive them, if they ceded the NHS into ‘RIVATE CONTROL’. But overall if the UK were ‘Out’ of the EU, the people of the United Kingdom would ‘demand’ a national referendum on the ‘privatisation of the NHS’.

Therefore using nothing more than common-sense  and hoe the political parties think, no political party would be able to get the British people to accept the ‘Privatisation of the NHS’.

That is why only a VOTE to COME OUT of the EU, will ‘SAVE’ the NHS and where to Stay-in the EU, will ‘definitely’ DESTROY it forever. Just hope that the British people fully understand what is on the table here when they vote on the EU Referendum? As ‘leaving’ the EU will ‘SAVE’ the NHS and ‘staying in’ the EU will destroy it. It is therefore the people’s choice to whether they want to keep the NHS, or lose it with this EU Vote?

For if we are ‘IN’ the EU, when the EU says that the NHS CANNOT no longer be a monopoly, as it will under the TTIP Trade Treaty, our politicians no matter who is in power, will not be able to do stop this happening. They will simply say, ”It was the EU that did this and we cannot do anything about it”, or words to that effect. There will be NO EU get-out Clause for the UK. You can see this coming, but hopefully the British people are wise now to how our politicians operate. For our politicians cannot give the people of the United Kingdom, any guarantees from the EU that the NHS will be excluded from privatisation under the corporate TTIP.

‘It's not Jeremy Hunt imposing a junior doctors' contract that will destroy the NHS – it's TTIP’ - http://www.independent.co.uk/voices/its-not-jeremy-hunt-imposing-a-junior-doctors-contract-that-will-destroy-the-nhs-its-ttip-a7000351.html

‘TTIP and the NHS’ - http://www.nhscampaign.org/NHS-reforms/ttip-and-the-nhs.html

‘Labour's Brexit team round on Corbyn and say staying in EU will see the DEATH of the NHS’ - http://www.express.co.uk/news/uk/658689/EU-Brexit-NHS-TTIP-US-Britain

‘TTIP deal poses ‘real and serious risk’ to NHS – and much more besides’ - http://voxpoliticalonline.com/2016/02/22/ttip-deal-poses-real-and-serious-risk-to-nhs-and-much-more-besides/

‘Leading Queen’s Counsel said the TTIP would give investors new legal rights, which extend beyond both UK and EU law as well as NHS contracts’ - https://www.neweurope.eu/article/legal-experts-ttip-poses-a-threat-to-the-public-character-of-the-nhs/

‘BREXIT - Switzerland Voting Not to Join the EU on 1 March 2016 is a Pointer to the British People What they Should do on 23 June 2016’ - http://worldinnovationfoundation.blogspot.co.uk/2016/03/brexit-switzerland-voting-not-to-join.html