Visions of the Future World - Politics is all talk because politicians and political pundits have not a clue how to create a dynamic and prosperous economy, other than in mere intellectual words and hyperbole that always leads to nowhere for the people’s future and the future of all generations to come 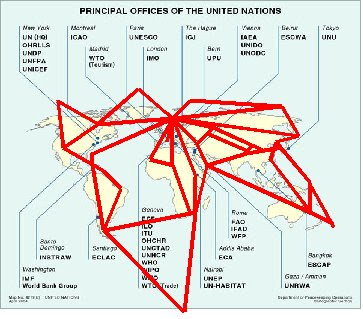 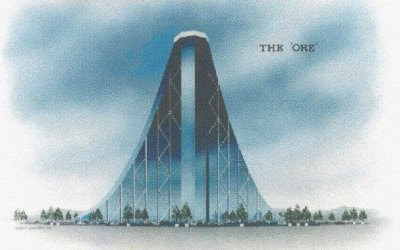 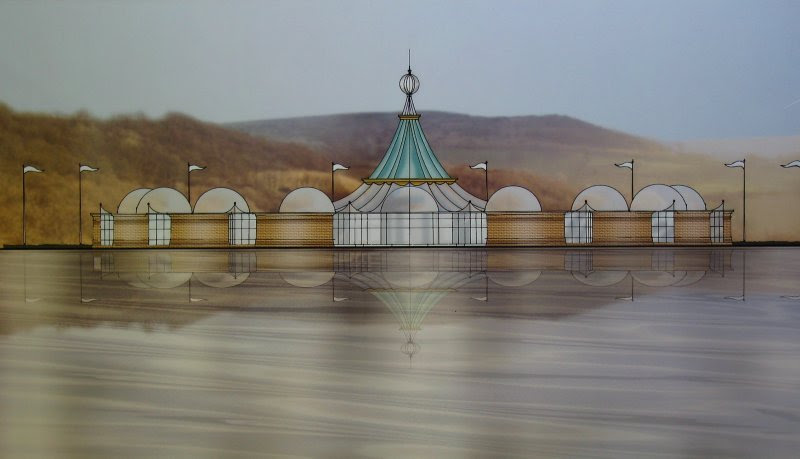 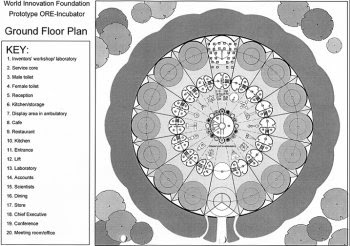 Politics is all talk because politicians and political pundits have not a clue how to create a dynamic and prosperous economy, other than in mere intellectual words and hyperbole that always leads to nowhere for the people’s future and the future of all future generations to come


This is reality when one looks at what political politicians and pundits have said over the years and where very little changes for the good of the people. For political leaders and scholars of politics, have not a clue how to create a future dynamic economy. Intelligent words, but that is all that they are in reality, with no real economic benefit for the masses at the end.

For a dynamic economy comes from doers, not talkers and where the old adage says, ‘talk is cheap’. It really is in politics when you look objectively at it. Indeed fine words by political animals, but where they have not the knowledge or skills to put into reality what others have told them. In this respect political people have not really the thinking that changes the world, but others have.

This is where creative people who understand what has to happen are denied by the political thinkers, as these political thinkers always wish to think that they have the solutions and that the people think that also. Unfortunately for the people are being constantly hoodwinked by the politicians who in the main, only seek power above all else, not to really create a dynamic economy where in essence they have no skills in this respect, as I have stated already.

No therefore, a dynamic economy can only be created by those who have the applied knowledge and not the people who espouse mere words that generally always leads to nowhere.  Considering this fact and as inventive and productive knowledge is the driving force of a future dynamic economy, the United Kingdom has to start listening more to these people and less to the politicians.

Winston Churchill is considered to be one of the best orators of all time, because he kept Britain together with his rallying speeches during World War 2. But this was just a constant moral raising exercise in reality, as without the doers that actually worked and had the knowledge to create the means to defeat Hitler, these words would have eventually led to the nation’s capitulation.  Considering this fact, the doers are the real creators of an economy and all future wealth, not the political animals who only have words to give.

Indeed political hacks are probably a great hindrance to future economic success, as they only like to hear themselves speak. In this respect to show their perceive dominance over all others, they tend to listen, but never take on-board what the creative people tell them. The reason, vested-interest. For although they can never come up with a single thought usually that can create a new product to sell, a business or even a new industry, they have to appear that they know best. The best way to do this is to ignore the creative person who at times has the capacity to change the world forever. Indeed in this respect, I have never known a politician or political elite who has changed the world for the better, without the help of the doers who really change the world.

It is a fact though if people undertake an in-depth global study of the history of science, engineering and technology, that the doers are normal people who in the main were not part of the political and elitist establishment. Indeed if you look at the people who at the fundamental level have made our modern world what it is today in a technological context, you will find that the vast majority resided outside our top universities and corporate centres of excellence. But where again, the political hacks and elites have to always appear that they have the intelligence and not these so-called second-raters in the wealth creating process. The truth is that these political animals have no answers or more so, the means to put any words into physical actions themselves and make the physical things (products and services) that change people’s lives for the better.

For all this political economy is sheer folly in many ways, as only the doers can achieve a better way for humankind to exist, not mere words that usually again, go nowhere. Although good for the political pundits for their mouths give them an income, usually totally out of proportion to what they actually achieve. But that is the system, political animals say a lot and get highly paid for it, but in reality in the physical world do little to enhance the lot of the people.

The support mechanism also does very little in reality, the civil servants. For anyone who has seen how these political servants operate within Whitehall, will soon find out that they live in a bubble of inaction and the steady-state. For there is one word to them that is an anathema, the word ‘RISK.

Indeed the system works like this and why take risks when the rewards are the same.
For the modus operandi in Whitehall is, “Don’t take risks when you are making decisions”. The reason, if you do not take risks every 5-years you climb the greasy pole of Whitehall and get richer without really changing things for the better. But, if you take risks and it goes wrong, you don’t lose your job, but you stay at the same financial reward level for 10 years and not 5 years. So why take risks when self-interests tells you not to do so financially. Therefore Whitehall is a stagnant place and one of the main reasons why the United Kingdom never becomes dynamic in any real way, for the people who are driving Whitehall are just there to take no chances whatsoever.

Indeed, when Whitehall gets so-called external experts to advise them, after a minister/ministry has asked for a certain ‘white paper’ to be addressed as an example, they are invariably non-independent and have vested-interests. What this means is that these so-called experts do as the senior civil servants ask them, but not in reality what the minister or ministry wants. The two are different in that Whitehall does not want to change and usually the minister does (but there again, that is questionable as well).

All Whitehall wants from these so-called experts, is to help support their stance of non-action. Indeed, the political/Whitehall spectrum is at the opposite ends and where Whitehall is always a non-compliance part of the overall process.

In this respect, if you undertake research you will find that the vast majority of Whitehall mandarins and heads of Whitehall departments et al act within a constant dynasty, as the former incumbents were a family relation whether close or distant, but still a relation. What this means is that the thinking from one generation to another is passed on and the steady-state don’t rock the boat mentality is preserved. That means of course, as they are indelibly coached in how to deal with ministers and their requests, that nothing happens and stagnation takes place in a non-ending cycle of inactivity. For why do anything that may jeopardise your status, standing and secure financial package, when doing that gives you the same personal rewards.

That is why the nation never has a chance of becoming a dynamic economic nation, as the political policies/dictates from the political elites, never transfers into anything of any long-term benefit. Remember the word ‘risk’ that is an anathema to Whitehall.

Therefore not until political leaders get to grips with this problem that is killing the nation, the United Kingdom will never become anything like a dynamic economy. For that they will have to create a new way of thinking and that includes getting ’real’ independent advises outside Whitehall. Indeed, not university friends or contacts of friends et al either, for that gets government the very same result, stagnation.

Therefore government have to start thinking really out of the box and realise that the answer resides within the people of the United Kingdom, not the elitist thinking. Indeed the financial meltdown as a relatively recent example clearly shows this none of the elites saw the crash coming.

But as the history of science, engineering, technology and invention show us, if we do an in-depth global research, that 75% of all the ‘fundamental’ thinking that has made the modern world what it is today (WWW, Jets, computers, railways, rockets, medical breakthroughs, cars etc, etc, etc…etc), emanated from the minds of normal people, outside the confines of advanced centres of corporate research or elite universities. Indeed the examples are limitless and show that political elites and Whitehall mandarins et al, have never contributed to such revolutionary changes, as they have never had the knowledge or understanding to do so in the physical world. Time for our politicians to change and to fully understand where real ‘new’ wealth comes from.

The United Kindom is sitting on an absolute goldmine of creativity and where the Japanese MITI in the 1980s and the Germans in the 1990s after undertaking global research, determined that the people of Britain at the fundamental level, had created around 53>54% that we call the modern world as we see it today. All that is needed is the creative infrastructure to release the people's thinking and where politicians get it wrong every time when they invest only in research at out top universities and advanced corporate centres of research.  They should be investing in the wider public, for that is where a dynamic future economy will emerge.
‘Why the 'Innovation Chain' is so Important for the Future World and Why things have to Change for Humanity’ - http://worldinnovationfoundation.blogspot.co.uk/2014/02/why-innovation-chain-is-so-important.html

References
The USA's and UK's economic Decline' is due entirely to our political classes' Inept Management of their respective economies and where they have given Control over the lives of 90% of the people to the Powerful Corporations and with that, total control over our political leaders. Unfortunately with the Emerging and Dominant Asian Economies this will lead to even more extreme poverty for 9 out of every 10 of both the American and British people - http://worldinnovationfoundation.blogspot.co.uk/2014/06/the-uks-and-usas-per-capita-decline-in.html

Which world do we really want? - http://www.thewif.org.uk/articles/presentation1/page2.htm

Research & Development in the UK and Western Nations will never Create 'Dynamic Economies', as Government Funds the wrong section - For the Business-University R&D Model is Totally Flawed, Programmed to Fail and where if the terms of reference are vast financial paybacks, it never happens - http://worldinnovationfoundation.blogspot.co.uk/2014/03/research-development-in-uk-and-western.html

A peaceful way forward for the future world - http://m.topix.com/forum/baltimore/TSBL9A3QS7MF0KQ03

THE HARMONY OF NATIONS - http://www.thewif.org.uk/version2/nlett/class/main22.html

Reversing the erosion of standards of living - https://www.eureporter.co/lifestyle/2013/11/30/opinion-reversing-the-erosion-of-standards-of-living/

THE WORLD I NNOVATION FOUNDATION – REASONS FOR THE OPEN RESEARCH ESTABLISHMENT: A GLOBAL PERSPECTIVE - https://www3.mruni.eu/ojs/intellectual-economics/article/view/725/683
http://www.thewif.org.uk/ore.php

Cooperation with Kyrgyzstan and the CIS Nations - http://www.thewif.org.uk/version2/nlett/28/page3.html

Western Economies have to put in place the Creative Infrastructure for their People to Survive Economically in the hostile economic environment of post-2050 - http://worldinnovationfoundation.blogspot.co.uk/2013/12/western-economies-have-to-put-in-place.html


Politicians and Whitehall are the greatest enemy for the UK's future Prosperity - A single example is the UK’s Coastal Erosion and the Nation’s immense Landfill problem that could be solved if Government and Whitehall would only listen to the peoples' innovative thinking - http://worldinnovationfoundation.blogspot.co.uk/2013/12/politicians-and-whitehall-are-greatest.html