Is Fake News worse or is Suppressed News by 'our' western governments and MSM worse for the People’s Understanding of the Physical World and what is really going on? 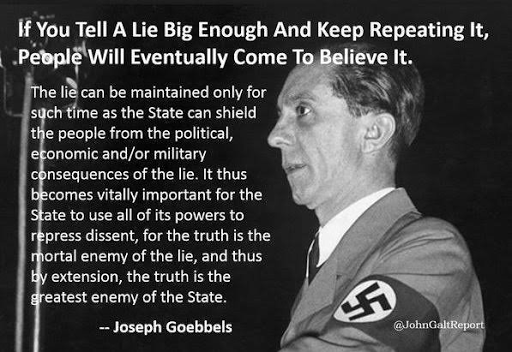 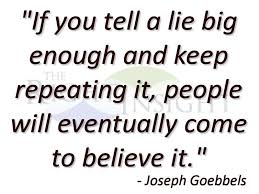 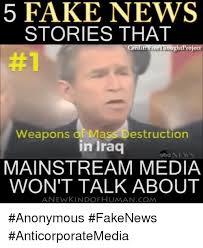 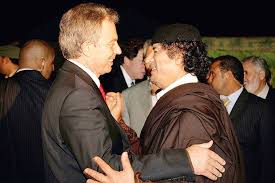 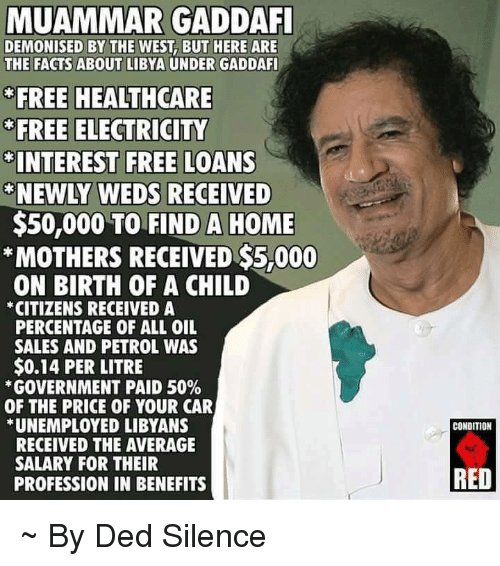 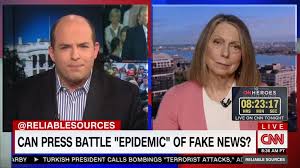 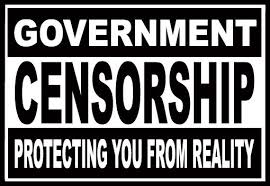 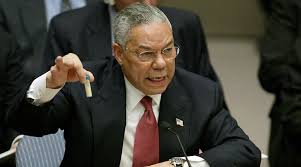 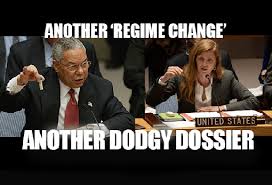 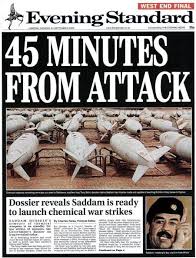 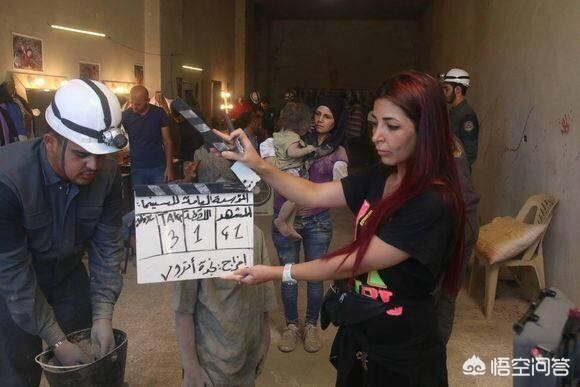 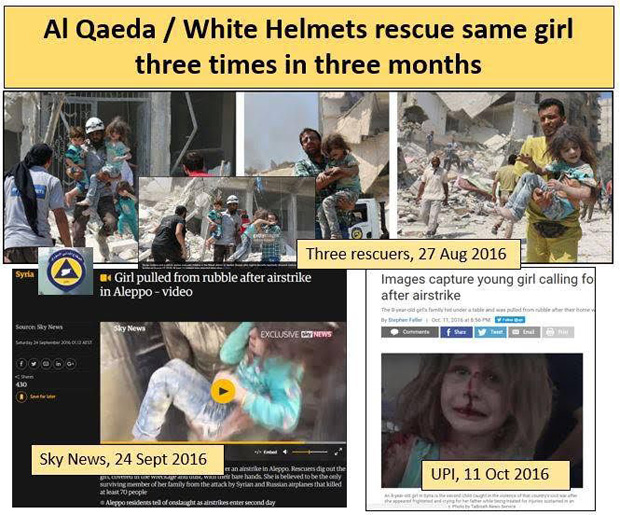 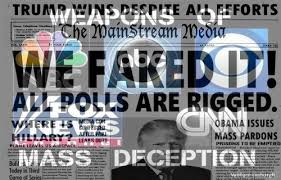 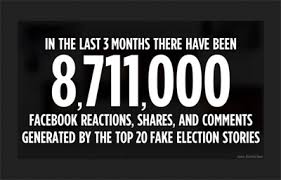 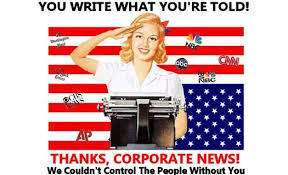 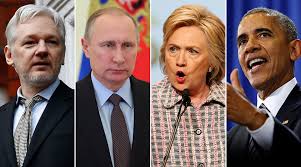 For an overview from one of the world’s leading and long-term and experienced 'global investigative journalists', the following YouTube video is a ‘must’ and what the people do not know. You should for the good of your children and there children's future listen to it.

There has been a great deal recently said and stated about ‘Fake News’, but is suppressed news far worse for the people? In this respect fake news can be examined and tested to see if it is real or fake after its release...but over time it has to be stated. But if news is suppressed by government and mainstream media, no-one other than the suppressors know about the news that the people should not know about.
An example of fake and suppressed news combined is where the 'white-helmets' removed the so-called dead bodies of the sarin attack victims and where the USA has not checked the substance clearly -'Jumping to conclusions; something is not adding up in Idlib chemical weapons attack' -
https://www.almasdarnews.com/article/jumping-conclusions-something-not-adding-idlib-chemical-weapons-attack/
For as Sarin is so toxic, why did the white-helmets not wear highly protective clothing, sealed hand gloves and sealed face masks? It just does not add up, but the USA and the UK are not looking at this fact. WHY? We need to know the truth with unequivocal evidence before our politicians bring us nearer a world war with Russia by attacking Syria. For all pointers are looking towards this madness and our political masters and military intelligence have to be taken to task before such an unimaginable mistake happens.
Therefore there is a strong case that suppressed news is a far greater evil than fake news, as news that is unknown to the masses, but known to the elite few, undermines the people’s concept of what is real and what is not real.  In this situation, people start to believe only the propaganda given out by governments and interested parties because that is all that there is, whilst the news that they should know about is contained, restricted and withheld. This unfortunately is the real world, where the people are manipulated by those who control political power and the mass media outlets for those that form the central controlling economic and financial mechanism of the world. Therefore 99%+ of the people are manipulated every day of the year by what they read and see through the allowed released news of those in control.  Considering what happens the vast majority of humans living today are literally brainwashed into thinking that the world is how it is, but in reality it is not. That is how manipulation has caused wars throughout history  through the lack of all the evidence. For it is the easiest thing in the world to do for those in political, economic and financial power, just suppress all real and credible information until a planned event has actually happened.

But if you combine fake news and suppress true news, you have the best of both world’s in obtaining the will of the people. For the people in the main, what news they are given, whether it is a lie or the truth, the vast majority believe it according to international surveys.  Unfortunately the former is becoming evermore common and the later is becoming an ever-growing extinct informative commodity. Therefore it is no wonder that the people in the modern world go into supporting either something or opposing something increasingly blind. They think that something is morally real, but in fact the real evidence is suppressed and therefore a one-sided picture always emerges to deceive the people. They do not know it, but eventually after the event they do these days due in the main to social media. But where this is now manipulated behind the scenes by such networked community platform as disqus, and which is used by hundreds of thousands of sites all over the web and facebook. They do this through censorship and if something appears on a website or topic that allows true suppressed facts to be liberated, it is soon taken down. Indeed other alternative information like Wikipedia, you take at your own risk and where minds are manipulated through the gate-keepers that have biased opinions of how things should be and where you never really know what is the real truth - even history is rewritten.  Many people now suffer from this control of the real world when they see something that has real credence and against the given news, but when they look for it again it has disappeared. Also people see through things like disqus that they are blocked from commenting very easily, but where it has hit a raw nerve. These people in their 100s of thousands now have not a voice on the web through disqus and other network community platforms. But in this way the people are swayed towards a one-sided view of the world and basically brainwashed into thinking what certain vested interests desire. This happens because the elites of politics, economics and the financial circles want it to be that way. Therefore what we read and see on terrestrial TV is not the world that it is and the sooner that people understand this, the sooner they will understand why such things as wars happen.

People call Trump, but where a recent survey in the USA found that 75% believe him  than mainstream media. The primary reason cited was that they trust their basic instincts, gut feeling and his brash and ‘what you see is what you get’  WYSIWYG ("wiz-ee-wig").
Therefore hopefully at long last the people at least in the United States of America are starting to realise that they are being fed with lies and misinformation that sets a particular agenda of those in control and not what the people’s agenda is. It is hoped that this trend continues across the world and then we then might have only the truth reported and fake news and suppressed news are just things of the past. Most probably pie-in-the-sky, but we can only hope.Indeed I see the demise of western media as we know it today in particular over the next two decades, as more people come to conclusion that they are in the main buying literally lies, half-truths and propaganda for those that act from behind closed doors.

REFERENCES
The 2020 BBC documentary “Bombing Auschwitz” Documentary that tells nothing but lies and a complete distortion of history - http://historynewsnetwork.org/article/174136

What ‘Successive’ Governments of the United Kingdom and Whitehall have covered-up and ‘Not’ told the British People about Hard Drug Addiction Treatments that simply will never work and the only one that does they have 'secretly' suppressed - https://worldinnovationfoundation.blogspot.co.uk/2014/01/what-successive-governments-and.html

Lawrence Case shows that Justice and Corruption are part of the Police System but where the whole Establishment is to a great extent Corrupt - Time for great change and Justice for the People who pay these people - That means both You and Me - https://worldinnovationfoundation.blogspot.co.uk/2014/03/lawrence-case-shows-that-justice-and.html

Here Are 50 Of The Biggest Fake News Hits On Facebook From 2016 - https://www.buzzfeed.com/craigsilverman/top-fake-news-of-2016?utm_term=.hmyg3Voqd#.ihkbvjA5p

The danger is not fake news, but fake democracy - http://www.spiked-online.com/newsite/article/the-danger-is-not-fake-news-but-fake-democracy/19426#.WJz9_38qHIU

Misinformation and Not the 'fundamental' truth is ever allowed to exist in the 'elitist' world of today by the powerful few and that is why the people never know the ‘real’ truth - https://worldinnovationfoundation.blogspot.co.uk/2013/12/misinformation-and-not-fundamental.html

Suppression of News in the United States and Political
Statements and Documents Prevented from Reaching the People - http://bannedthought.net/USA/index.htm

Are These Images of Tortured Nigerian Slaves in Libya? -  https://www.snopes.com/fact-check/tortured-nigerian-slaves-in-libya/