Global Poverty and Inequality are the Reasons for Wars and our Politicians and the Super Rich should Clearly Understand This ! 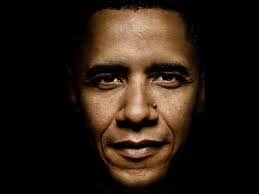 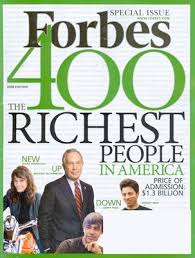 
Governments around the world have for their people’s ultimate security and wellbeing to stop pampering to the rich and powerful corporations and allowing them to set the global and national agendas. For if they do not, the vast inequality that pervades even in the West, will eventually cause nations to implode and set people against each other and even against the political classes themselves.

'Four Horsemen - Feature Documentary - Official Version' (How the world really is by international economists and eminent thinkers) - https://www.youtube.com/watch?v=5fbvquHSPJU
Indeed the question that has to be asked as we enter the 'New Year' is has things really got better generally for the people of the world? For some it certainly has according to the ‘Global Wealth Report 2013’ released late last year by Credit Suisse (http://gawker.com/the-bottom-50-of-people-on-earth-have-only-1-of-the-w-1446407249 ) and where a mere 0.7% of the world’s adult population controlled 41% of the world’s total wealth and the top 10% owned 86% of all global wealth. In stark contrast 50% of the world’s adult population only owned 1% of the world’s wealth. Indeed added to these disturbing and morally wrong statistics the recent report by Oxfam, ‘The cost of inequality: how wealth and income extremes hurt us all’ (http://www.oxfam.org/sites/www.oxfam.org/files/cost-of-inequality-oxfam-mb180113.pdf ), also states that the wealth made by the world’s richest 100 adults last year (US$240 Billion) could have ended poverty four-times over. Therefore comprehending these vastly divergent figures in inequality a further question has to be asked, has capitalism and its big brother globalisation in reality done anything for around 90% of the world’s population? I would say in my humble opinion based upon the above figures that it appears very little.

'The Lie Machine' - http://www.opednews.com/articles/The-Lie-Machine-by-Paul-Craig-Roberts-America_Corporate_Corporations_Power-141012-777.html by Dr Paul Craig Roberts, former Assistant Secretary of the US Treasury for Economic Policy in the Reagan Administration
But the march towards the rich and the powerful controlling the world fully (if it does not already behind closed doors by controlling our politicians and even those in so-called democratically elected nations) is taking another turn for the worse for 90% of the world’s people. If the USA-EU trade agreement goes forward the multi-nationals will have more power than the sovereign states that they operate within (in this case both the and EU nations). Indeed they will surmount a sovereign state’s laws and where nations will have no redress. But added to this there will be a minimum profit guaranteed for the global multi-nationals and if they do not attain this minimum profit out of the people in the usual manner, they will be able to sue sovereign states for compensation and with that as we have stated before, having no redress whatsoever.  Seems too mad to be true? Think again as it is being drafted into the world's largest trade agreement ever. For this immense trade-pact in world history will again line the pockets of the very few to the total demise of the many who simple appear to be pawns in the whole process and the cash-cow that delivers for the very few (and that is why the few are so rich of course through taking away the relative wealth of the many continually). Indeed according to Forbes a mere 2000 corporates control 51% of the world’s total economic turnover and where they only employ 163 million people together. That means that the remaining 5,000 million working and unemployed adults throughout the world have to survive on a mere 49% of the world’s economic turnover.

Film Documentary - 'The Corporation : The Pathological Pursuit of Profit and Power' https://www.youtube.com/watch?v=Y888wVY5hzw
This cannot be right in a world ravaged by suffering every day of the year and where poverty and inequality have always been the genesis of national and world wars. Indeed as a species we are far worse than animals in many ways and where those that murdered millions in the Nazi years and Japanese imperialism years show that this in reality is the truth. Many will not agree with this statement but where one has only to watch the programmes that relate to the 1st and 2nd world wars on the Yesterday television station to see that this is a fact.
Therefore unless our bought and sold political classes do not want to see the world becoming an unending nightmare, they have to start now the process of creating a more equal world order. Indeed in this respect our esteemed politicians and leaders have to understand that the overwhelming numbers within the military come from the 90% of the world’s people who only have 14% of the world’s wealth. Therefore the question that has to be asked is, would this military personnel side with the rich and powerful or would they side with their own? I think that as all historical revolutions have shown, they will side with their own and the reason why there is always a purge and terrible consequence for the politicians post revolution times when the people retake control of their nations. This is where ultimately we are heading in the 21st century and it will certainly not be a pretty sight to see. But there again the wealthy and political classes as history again shows are complacent and think that things like this will never happen. Unfortunately as the world’s population increases towards 10 billion people living on planet Earth and above, the scenario becomes far more acute by the year but where the rich and powerful together with our politicians are too blind to see what is bit-by-bit on the horizon for humankind.
As a postscript history again shows that our politicians and leaders are totally immoral and where the letting off of untold numbers of both Nazi and Japanese war criminals by the USA and Allied powers in particular after WW2 clearly points to this fact. In this respect just two were Wernher von Braun (http://bocktherobber.com/2007/12/wernher-von-braun/ ) and Dr. Shiro Ishii, of their infamous Unit 731. Von Braun was the man behind the V2 rocket together with other Nazi weaponry and where directly his work in developing these mass killing machines for Hitler’s regime, sent to their grave tens of  thousands of slave labour. In Shiro Ishii (http://en.wikipedia.org/wiki/Shir%C5%8D_Ishii & http://worldinnovationfoundation.blogspot.co.uk/2013/12/the-establishment-makes-amends-but_720.html ) case he experimented on many women, children and men with biological weaponry. Indeed he even experimented on pregnant women and cut them open without any anesthetic showing the unborn baby still in the womb. These people were nothing more than hideous killers but where the West because they had a purpose, were let off even though they had directly been responsible for the deaths and inhumane treatment of hundreds of thousands of normal people.
This always under the guise that our politicians say to us, for the ‘greater good’, but where our politicians in truth are morally bankrupt and where the suffering of hundreds of thousands and their deaths are just swept under the carpet for political gain and corporate gain (as military expenditure has created the largest industry in the world and where profits are more-or-less guaranteed. Indeed biological weapons cost nations tens of billions a year to produce them and to maintain them...big business indeed).

The biggest problem of course is to change all this but where our political leaders are bought and sold on the altar of power and wealth both in the USA and the UK. For when it comes to ultimate control, less than a mere thousand people control the destiny of the USA as an example, and at their pleasure. For it's official now, as they control the White House in reality, even before a new President is elected, no matter which Party gets into power. In this respect, in the USA things are not as they seem and where western media controlled by the top 1% wealthiest Americans, is suppressing the 'real' America of today.  A few Americans have bought their political leaders before they even enter the White House and where the working poor, working class and middle class that accounts for 90% of the American people, have no say anymore in their country's future. Only the rich and powerful has any real say. Indeed the article by investigative journalists at the New York times released on 10 October 2015 makes this perfectly clear For just 158 families have provided nearly half of the early money for efforts to capture the White House. - http://www.nytimes.com/interactive/2015/10/11/us/politics/2016-presidential-election-super-pac-donors.html?emc=edit_na_20151010&ref=headline&_r=0
Dr David Hill
Chief Executive
World Innovation Foundation
4 January 2014 (updated 24 October 2015)
Links
'