The European Union ( EU ) is a long-term ‘Disaster’ waiting to happen over the next two-decades and therefore why should we the people pay for an ultimately failing system - especially when there is no accountability and the costs are astronomical and rising? 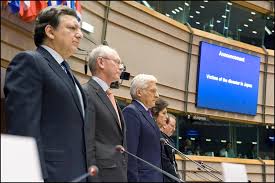 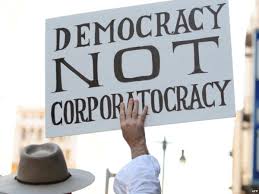 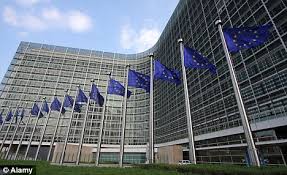 If ever God got in bed with the Devil, He would probably have not conceive a worst love child than the EU.

For the Bureaucrats in and the MEPs must think that the people of and are brainless imbeciles, as they spend our money as if they were the masters of the universe and get more and more year-on-year. Indeed public opinion counts for nothing with the unelected partisans in , for within the corridors of the EC headquarters, vast waste and financial squander are the norm. Currently in March 2014 the EU is asking for a further £20 billion for last years overspend even though just three months ago they got another £10 billion. It is as though they just keep on spending and spending knowing that the European people will give it to them as a matter of course and where they are the sitting cash-cow that they keep milking for all its worth. So will carry on squandering all our taxation that apparently is a bottomless pit. Indeed has £133 billion annually that is constantly increasing on a yearly basis just to be fritted away on suspicious subsidies, bureaucratic lavishness, self serving misinformation and ineffective international aid.


For anyone that does not know, the Eurocrats have far longer holidays, higher pay, lower taxes, shorter hours and better conditions than their counterparts in . Some of the worst excesses of the EU is the foreign service which employs 500 chauffeurs and has 137 embassies overseas. Farcically it has 32 staff in and 37 staff in .


With no accountability this madness will continue and cost more by the year. Indeed don’t think that these people that run the EU have our best interests at heart for you would be completely wrong. A current and fine example of this is the TTIP trade pact that is going through this European over-blotted white elephant between the EU and the . These bureaucrats are getting the people of the EU and the to sign up (sorry the politicians and big business) to a so-called free-trade area but where nothing could be further away from the truth in reality. For the truth is it is an agreement drawn up behind closed doors with no accountability to the people of and where big business (multinationals) will have a guaranteed profit built into the agreement and where if this is not met, they can sue sovereign governments through 'secret' courts (not available for the people to view or make representations) - the old adage a license to literally print money comes easily to mind and where this behind closed doors multi-national court will override even the laws of all nations within the pact, including the UK. But as we know these multinationals (according to Forbes last year a mere 2,000 corporates controlled 51% of the world's economic trade), have an army of accountants working for them and where they could quite easily show a loss on paper but could have actually made a huge profit. Therefore the opportunity for vast deception and profit extortion out of the people is immense to say the very least. Considering these facts how can this so-called free trade pact between the US government and the EU be in the clear and direct interests of the people of the EU or the American people? It can’t as it will only benefit big business and their puppets - the EU bureaucrats, the EU’s ministers, their commissioners and MEPs in reality. If you don’t believe me visit - http://worldinnovationfoundation.blogspot.co.uk/2013/12/the-eu-usa-trade-agreement-if-our.html to see what is on the horizon for the people of the EU.

It is apparent to me that this massive trade pack is another way of increasing big business's hold on global trade to the detriment of the people who have no say in the matter whatsoever. Did I hear someone ask, why do we need our politicians if they act like this behind closed doors totally away from the people and sell our freedoms down the Swanee ? You will have to ask our astute politicians that question as prices can only go one way - upwards.

But this is certainly not for the people of the EU but a trade pact for the profits of big business and nothing more -  http://rt.com/business/eu-us-trade-brussels-528/
This madness just has to stop as we are heading nowhere with this vast expanding folly into the eventual abyss that it will be. Until then it will just keep impoverishing the people of the UK and all nations that have signed-up to EU mantra together now also it appears, the people of the USA as well. I thought that this 'globalisation' process was to make everyone better off throughout the world? Apparently I was wrong and where they must have meant the top 10% of the world's people who own 86% of the world's wealth according to the 2013 report by Credit Suisse and the remaining 90% of the world's people own a mere 14% of the world's wealth - what went wrong with our politicians thinking on the subject of poverty, a sharing world order and the vast inequality that we see today and definitely tomorrow with the systems that are constantly being put in place by the year? These not for the betterment of 90% of the people, but apparently for the betterment of our politicians, bureaucrats  and global corporations. Things have therefore to change in the 21st century so that planet Earth can serve all people and not just the so-called powerful and wealthy elite who take everything going.

I just wish people would wake up to the reality of the EU and where we shall definitely not be able to save the NHS and anything else for that matter that we cherish so much, once we sign to stay in the EU. For this time it will be forever.
Dr David Hill
Chief Executive
World Innovation Foundation (updated 20 May 2016)