Wind Energy Generation: The $500 Billion Global Fraud - The British People and those across the world are Being Totally Conned and Absolutely Misled by our Politicians with an energy policy that is based upon predominantly, hot-air; for Wind Turbines are sheer economic madness in the long-term 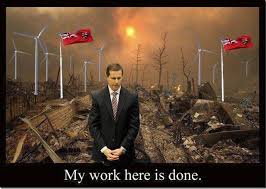 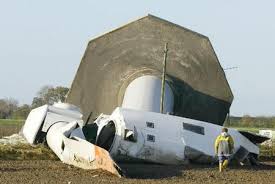 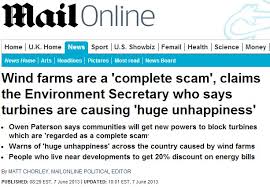 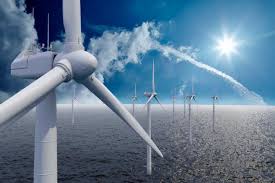 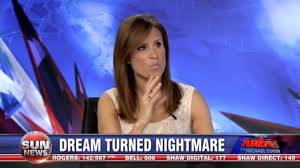 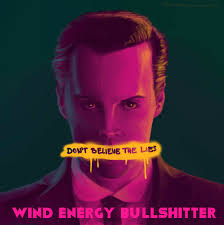 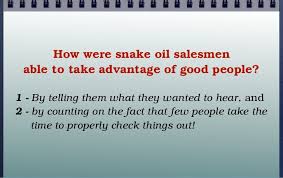 Wind Energy Generation
The British People and those across the World are being totally conned and absolutely misled by our Politicians with an energy policy that is based upon predominantly, hot-air. For Wind Turbines are sheer economic madness in the long-term.
For an introduction to this article, the following is a letter that was published by myself in the Yorkshire Post (the UK's largest provincial newspaper) on Wednesday 16 January 2013 - http://www.yorkshirepost.co.uk/news/debate/letters/wind-turbines-are-costly-way-of-making-power-1-5314687m


Wind turbines are costly way of making power
WHEN will Government Ministers and Prime Ministers take note and listen to "independent" advice based upon long-term evidence and not just take the submissions of establishment advisers?
In this respect a great number of us have known for several years that wind turbines are a highly inefficient and highly costly method of generating electricity/energy.
The former energy adviser to the World Bank, Professor Gordon Hughes of the University of Edinburgh, recently determined that after a decade’s operation, the contribution of the average UK wind farm to meet electricity demand drops by a third and where he found that many costly onshore turbines wore out prematurely.
But added to this, research from data collated in the UK and Denmark indicated that they last between 10 and 15 years – and not the 20 to 25 years projected by the industry.
The Renewable Energy Foundation (REF) charity that commissioned the review stated that it had applied "rigorous statistical analysis to years of actual wind farm performance data" to quantify the efficiency of these turbines.
REF stated that rate of decline means it is "rarely economic to operate wind farms for more than 12 to 15 years" after which time they need replacing.

Indeed, REF director John Constable stated that the study confirmed long held suspicions that decades of generous subsidies to the wind industry had not encouraged the innovation needed to make the sector competitive and where "bluntly, wind turbines cost too much and wear out far too quickly to offer the developing world a realistic alternative to coal."

Why then, after yet another deplorable exposé of this rotten energy policy, do politicians still support this inefficient and highly costly way of spending the taxpayers’ money when there are far better perpetual energy sources?


Therefore the evidence is out there, but government are either thick or the vested-interests of the energy companies has totally corrupted them. For who would invest in an energy source that is like a 'forth bridge' situation, draining money out of the people and their respective nation in perpetuity with no end and that needs replacing on average, every 15 years or so?

Considering these truisms, if people would undertake their own research, instead of taking the word of government advisers et al, energy generation from wind is an unsustainable source that the people through their taxation, cannot support forever.


Indeed some eminent energy commentators have said that in future years these vast turbines, especially those in the sea, due to the very high maintenance and replacement costs, will end up as uneconomical 'dinosaurs' that will either be dismantled, or left to rot.
So it appears that our politicians are indeed idiots to say the very least, as the cost of this stupid energy generation system will continue infinitum, just to keep it in existence.
But why when wind energy generation is the lowest pay-back generator of electricity in the world.
In this respect, the "global" wind power load factor (producing electricity) is estimated to be only 22.7% for 2012 and where this 'low' figure is based on an analysis of installed wind capacity and electricity production data for 17 countries published by BP in 2013.
For it has been stated also in other articles ('Invest in Energy Security 'First' and not HS2 as without the life-blood of any modern economy ELECTRICITY, we can do nothing including run HS2'
- http://worldinnovationfoundation.blogspot.co.uk/2013/12/invest-in-energy-security-first-and-not.html + 'Do Western Governments 'Support' the 'People' or Big Business...that is the BIG Question?' - http://worldinnovationfoundation.blogspot.co.uk/2013/12/does-western-governments-support-people.html + 'Western Water Highway' - http://www.thewif.org.uk/version2/nlett/9/page3.html), the UK is surrounded by the seas, which provide a never-ending supply of energy 24/7, 365 days and nights a year.
Indeed if our politicians had any brains or intelligence, they would see that if they invested our hard earned tax in energy generation from the seas, we would be totally self-reliant in electricity. For in this respect also, the maintenance costs would be affordable for the people, unlike wind power generation, which requires a bottomless pit of money forever. For now the global wind energy generation industry is a $500 billion industry according to some economists and where it is growing like a plague constantly.

Therefore the energy policy in the Britain is total madness and where those who decided on our behalf in Westminster and Whitehall that wind turbines were the best way forward, should be tried as traitors by the people, locked-up and the keys thrown away.
But considering why this has happened, could it be simply the reason why we have gone headlong down this dire energy road, that our politicians are simply corrupt and in the back pocket of those vast industries who through subsidies et al, have been paid mind boggling sums by the British taxpayer and on a non-ending continuum? For our politicians cannot be that stupid, or can they?
Dr David Hill
CEO
World Innovation Foundation
22 May 2015 (updated 1 June 2015)

'Direct Federal Financial Interventions and Subsidies in Energy in Fiscal Year 2013'  Wind & Solar get 9-times the subsidies than all other energy forms - http://www.eia.gov/analysis/requests/subsidy/
'The windfarm delusion - The government has finally seen through the wind-farm scam – but why did it take them so long?' - http://www.spectator.co.uk/features/7684233/the-winds-of-change/

'Wising Up to the Great Wind Power Fraud!' - http://mothersagainstwindturbines.com/2014/10/27/wising-up-to-the-great-wind-power-fraud/

'Why the £250bn wind power industry could be the greatest scam of our age - and here are the three 'lies' that prove it' - http://www.dailymail.co.uk/news/article-1361316/250bn-wind-power-industry-greatest-scam-age.html

'The Faults, Fallacies and Failures of Wind Power' - http://wattsupwiththat.com/2013/05/10/the-faults-fallacies-and-failures-of-wind-power/

'The proof we got a bad deal on offshore wind farms' - http://www.telegraph.co.uk/news/earth/energy/windpower/11426763/The-proof-we-got-a-bad-deal-on-offshore-wind-farms.html

'Wind turbines 'only lasting for half as long as previously thought' as study shows they show signs of wearing out after just 12 years' - http://www.dailymail.co.uk/news/article-2254901/Wind-turbines-half-long-previously-thought-study-shows-signs-wearing-just-12-years.html

'The Performance of Wind Farms in the United Kingdom and Denmark' - http://www.friendsofscience.org/assets/documents/WindFarmsUK_Denmark_hughes2012.pdf

'Wind Farms DO NOT Provide Large Economic and Job Benefits (quite the opposite)' - https://www.masterresource.org/false-claims/false-wind-claims/