Hypocrisy of government and police know no bounds and where they both turned down the introduction of HEANTOS, the only non-addictive cure for Class 'A' Drugs 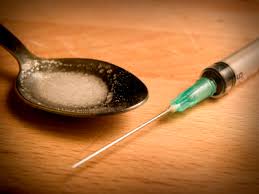 There is a dichotomy between the way that the Police and Home Office think when attempting to combat the ever-growing problem of class ‘A’ drug addiction in , now the ‘official’ European drug capital of the EU.


Indeed the recent outcry to decriminalise all class ‘A’ drugs by the chief constable of Durham Police has both credence and hypocrisy mixed together when we look at the police and the Home Office’s past record on this issue. Treatment is definitely the only way forward to reduce the problem significantly, but where the present regimes of ‘maintenance’ and treatment are just not working effectively enough to stop the dire addition rise in the . But where both senior police officers in England, Scotland and Wales together with the Home Office have totally shunned the introduction into the UK of the Vietnamese ‘cure’ for class ‘A’ drug addiction even though this humane treatment has also no ‘cold turkey’ – no other treatment in the world has this prerequisite benefit to get hard addicts off drugs and why it is so successful in Vietnam. Indeed now this scientifically produced curative treatment is rapidly taking over in within their NHS from methadone et al as more and more drug addicts are cured by the week with no side effects as the medication is from non-addictive plant extracts that is now synthesised in modern pharmaceutical capsules. But what seems to be the situation in the is that the police and Home Office are hand in glove here and where the powerful pharmaceutical companies do not want this cure to be introduced into as they know that it will affect their bottom-line. On the one hand they make public outcries but on the other they ignore the treatment that can literally cure. But added to this, top government ministers in both the present government and the last government know of this ‘unique’ treatment but where they have denied access to it for the people of . Why politically have they done this is the big question as crime and human suffering would be dramatically reduced overnight?

Want to know more about which minister in the Blair government was involved but did nothing to introduce the treatment for the people who suffer every day of the year - visit and read in and amongst what the powerful pharmaceutical companies get up too  http://foolscrow.wordpress.com/2010/07/27/return-to-nuremberg-big-pharma-must-answer-for-crimes-against-humanity/