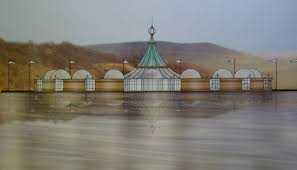 Opinion: Reversing the erosion in the  standards of living of Western Economies before it is too late to do anything about it

Why are our standards of living constantly eroding and what can and should be done to reverse this trend? The answer lies in the people themselves and they have to be an integral part of the rebuilding process.
Some 18 years ago eminent scientists and engineers from throughout the world started to come together to provide the means for humanity to change its direction and develop in a way that would guaranteed its peaceful future existence. These great thinkers included Nobel Laureate Glenn Seaborg (Element 106 Seaborgium on the Periodic Table named in his honour and a greater prize in some people’s minds than a Nobel prize), John Argyris (inventor of the FEM and which was ceded to him by the USA’s greatest structural engineer Ray Clough in his 1960’s publication as the inventor of the FEM) and Nobel Laureate Jerome Karle.
This coming together was not for the personal wealth of these world-leading scientific figures, but for the generic future wealth of all mankind. It was a new way to redistribute the world’s wealth more evenly and prevent wars through economic disadvantage that is the fundamental basis of all wars, including world wars according to all major historians. Even Seaborg knew as one of the main scientists that worked on the ‘Manhattan Project’ that things just had to change; for if not there would eventually most probably be a WW3.
Since the early 1990s the wealth disparity between the accumulation of vast wealth by a miniscule number of the world’s population and the vast majority of people has widened. For what we have now is a system where a mere 2,000 companies control 51% of the world’s total economic turnover according to Forbes, leaving a mere 49% for everyone else. But unfortunately things are going to get far more acute as people will find out once the EU-USA trade pact becomes reality and where contrary to what politicians say, prices will definitely go up and not down. The reason and where as usual the devil is in the detail, corporations will not be able to make a loss on their sales and if they do, sovereign governments will have to pick up any of the slack. Therefore it appears that we are constantly marching towards a world where big business controls everything, even handcuffing governments so that they are impotent to act in many ways against the economic and financial might of the corporations.
Unfortunately this economic system that puts great wealth into the hands of the very few has the knock-on effect of creating a deeply negative factor in significantly increasing the numbers in the poor throughout the world. In this respect there is only one economic pie to feed from and if the greater slice is taken by the very few, the majority will ultimately suffer. Indeed all wars in one way or another have been predominantly supported by big business for their economic gain and where the first and second world wars are prime examples.
Therefore this degenerative human environment that we have today was and never will be conducive to stopping eventual wars and where the coming together of these world leading scientists, engineers, technologists, mathematicians and economists was for the purpose of trying to create a new pluralistic and evenly distributed economic growth model. For unfortunately and presently for 99% of the worlds populous this continual lowering of living standards continues unabated and where the few get wealthier by the day and majority are getting poorer.

The new vision
What was this new vision that these ‘Eminent Minds’ envisaged?
Clearly it had to be something that had a distributing mechanism where people would benefit across the board, not like in the case of North-South divide in the UK for example where wealth is totally distributed unevenly.
Therefore their vision was that governments elected by the people were given the means to take back the economic powers that had been taken from them by big business. The answer that they eventually reasoned was that all ‘new’ wealth which was created had in one way or another at its roots, the creation of a new technology. This reasoning therefore triggered the thinking of how governments could reconnect with their people and in the future, redistribute all ‘new’ wealth? Eventually and although it is a simple determination, governments had to capture the initial seeds of future economic dynamism and control how business operated. For the thinking was that if one captures the initial ideas phase you control the end result. Therefore the main part of the solution was to provide the means to do this and where there was no perceived problem in connecting with big business and our universities in the future if you controlled the source.

Mentality in the West and the UK
One of the great stumbling blocks that was determined was that western economies had an ‘elitist’ system in place and where only the very few could determine the future of a nation’s people. This current system was totally based upon  a select number asked to the table and usually chosen by government or big business to support these elitist objectives, to stay in political power and advance profits respectively. The great drawback of this narrow mindset was that it did not and does not allow the greater creative force of humankind to flourish as the minority always run the show.
Indeed one has to ask oneself if this present elitist system is so good why is the West and the UK in such a dire economic state and where things in economic terms are in reality getting far worse by the year. For in this respect one has just to look at the ‘city’ where the so-called ‘brightest’ of the brightest’ were hired from Oxbridge et al but where all that happened was the collapse of the financial system and where certain bank individuals became vastly wealthy above their wildest dreams in a matter of a mere few years. The rest of us of course had to suffer and pick up the bill. Indeed according to the chief economist at PwC in 2009 and where his information was based upon far better economic projections than we have today, the UK alone will have a project total debt by 2015 of $16.4 trillion. This figure included everything and not just what people may think and what the government wants the people to believe.
Therefore what these great scientists determined was that a pluralistic system of involvement was needed and where all the creative thinking of a nation’s people could be harnessed and unleashed on the solutions side. Considering this fact it was discussed how such a cooperative undertaking could be brought into being? The answer eventually lay in the establishment of what can be termed as a network of national research incubators for the people and their unique thinking.

The national picture
This thinking by these world-leading scientists envisioned the creation of one incubator complex for every 6 million people and where they could bring their ideas to the incubator complexes for initial analysis and development if there were economic potentials. In this respect this input has been and is totally lacking in the current ‘elitist’ system and where this vast reservoir of a nation’s untapped creative thinking is totally missing. Indeed another question that one has to ask oneself is that if the past and current elitist university-business model is so good, why are we in the terrible economic state that we all find ourselves today?
These creative national centres would therefore be unique and unlike any others that had been created in the past or exist currently. This uniqueness was two-fold. First there were no creative incubators in existence to capture the people’s national thinking. Secondly over 3,500 of the world’s leading minds in their own specialist field of scientific endeavour from across the globe would act as ‘independent’ consultants, ‘sifting’ the people’s creative thinking for ideas that would provide the next generation of technological miracles, products, services and global industries. Therefore these eminent consultants had no vested-interest unlike the usual government and big business advisers. Indeed they could identify great breakthroughs without overriding having bias within their decision-making process. Overall we would get it right this time as big business could not block these ideas through protectionism!
In the case of the UK it would mean the establishment of eight national inter-linked incubator complexes and where this figure is based upon the age group where creative thoughts become fully cognitive. For in the UK the number is around 48 million and where these world-leading ‘sifting’ centres would be developed strategically across the whole country. Indeed considering outcome analysis just one long-term benefit alone over time would be that there would be no North-South economic divide in the UK through the redistribution of new regional wealth. The reason, this pre-eminent creative system would reposition wealth generally across the nation and where it would be in the people’s economic interest to become a part of the incubator process.
But there are many reasons why this should happen also in the UK and where a primary pointer to this is that according to research undertaken by the Japanese government in the 1980s and Germany in the 1990s, the UK is the most innovative and inventive nation in the world by far and where according to these studies over 53% of the fundamental thinking that has created the modern world emanated from Britain. Indeed if people undertake an in-depth study of global innovation from the TV to the jet engine and electricity to the WWW, you will find that the fundamental thinking came from the British mind. But also and not generally known, you will find that up to 75% of the individuals who had the initial fundamental eureka moment were people outside the confines of our university and corporate R&D effort. That is why again these incubators are so important for the future of the UK and where the present system of elitism does not allow the general public to enter their input. This cannot be right and even the laws of probability state that the more who are involved with an enterprise, the more the probability that there will be a success.

The big picture
These eminent scientists also saw the ‘big picture’ and where these national incubators could eventually become international and where every nation in the world could have this creative infrastructure in place that eventually connected across the world with other national systems through communication, cooperation and collaboration. Very much like the WWW.
To date no western economy has taken up this fundamental development for their nation’s future economic development but where nations in the ‘East’ are now considering these incubator networks seriously as a national priority and for their national long-term economic security. Therefore history might eventually write that this was just another example of invented in Britain but exploited by the rest of the world. Unfortunately if this happens, the West and the UK will have little response against the power of global creative thinking when fully released !