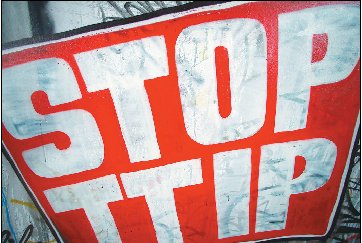 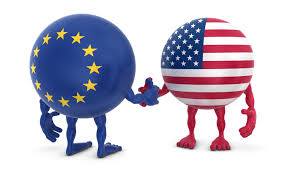 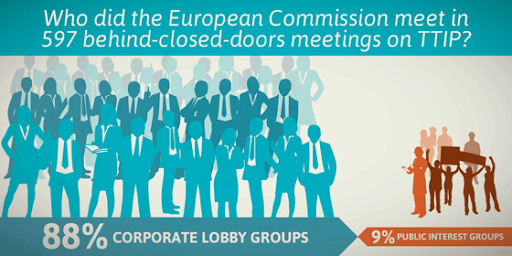 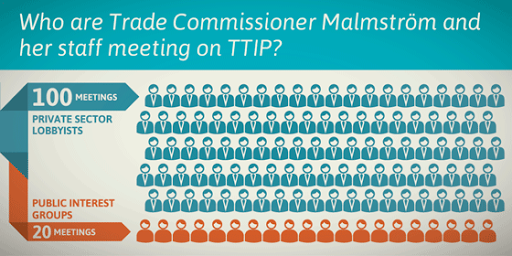 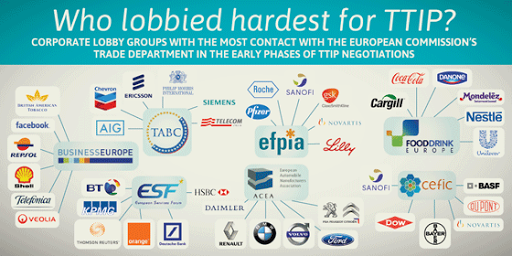 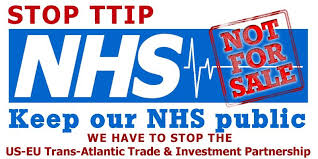 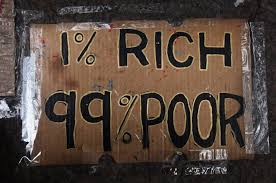 And also, how the TTP (Trans Pacific Partnership) will wreak havoc on future America and its people - 'This is what corporatocracy looks like!: Trading US Democracy for Corporate Profits with TPP' - http://www.opednews.com/articles/This-is-what-corporatocrac-by-Dave-Lindorff-Corporate-Corruption-Crime_Corporate-Rule_Corporatocracy_Democracy-150215-572.html


EU-USA Trade Agreement – The Devil is in the detail and where Big Business wins out over the people again.

Are people in the EU and the aware of the consequences to them of the proposed EU-USA trade agreement? For according to a very recent interview on RT with economist Prof. Rodney Shakespeare it gives total power to the big corporations (and mostly US corporates not EU conglomerates) and where a nation’s sovereignty will have no effect or control on what big business does if this pact happens. Indeed one of the most pertinent inclusions is that the trade pact incorporates a minimum profit threshold for the multi-nationals and where if this is not met, if the pact becomes fact, these conglomerates can sue sovereign governments in the EU and for compensation. Although this sounds sheer madness, according to Prof. Shakespeare it will become fact.

Therefore if they don’t get their profit by selling their goods and services in the usual way and what they expect, they are making sure that the people pay one way or the other to achieve their pre-determined profit margins. But the big question is what is a reasonable profit and where easily this regime can just become another big rip-off, just like the energy market has become within the EU? Indeed this pact appears to me to be one where the people of the EU and the will pay far in excess of what they should do with such a trade agreement in place and with the guaranteed no profit loss clause included. Therefore global corporates will control our economic destiny and not our so-called democratically appointed politicians.

I know that things are bad for the people now, but this is reinforcing the absolute power of corporations and where last year according to Forbes a mere 2,000 corporates controlled 51% of the economic turnover of the world (in nominal terms $36 trillion). It appears therefore that we are really marching towards a world completely ruled by the very few and that is now becoming quite clear across a plethora of global trading markets. But the unfortunate side of this total control regime by the few is that global wars will now more or less become inevitable in future times and where this will be a continuous process as the people lose out. So when the next war happens as it will, don’t fight for these people, as you will not be fighting for democracy and freedom but for the mighty corporations who will have caused these wars in the first place. Indeed, let the chief executives and chairmen of these vast corporates and our political leaders be in the front line the next time around. For if this was the case it has to be said, there would never be any more wars at all in future times.