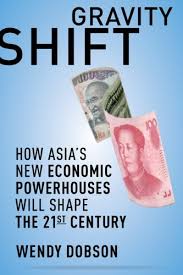 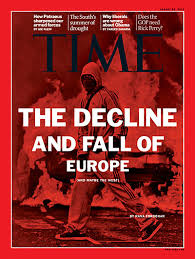 In six years time will become the No.1 economy in the world according to the IMF and Citigroup and around $23 trillion in nominal terms. In PPP terms it will attain this No.1 position in 2016. Some 33 years ago in 1980, China’s economy was a mere $202 billion using equivalent 2012 base prices or only 1/114 of what it will be in 2019. Who says communism does not pay?

But why has the West gone the opposite way and where we have accumulated vast unrepayable debt over those years unlike that has now amassed officially around $5 trillion in foreign reserves and going up by the year? Some economists say that it is double this figure. It appears therefore to me to be a situation of its own making where the West through the driving force of its investors and corporates to make profit, have shot themselves in the foot long-term. But where some say that profit is another word for sheer greed. For now these same western companies are being bought up throughout the EU and the if anyone undertakes a Google search of what is happening around the world.

Indeed is buying strategic western businesses at an accelerating rate of knots and where western government debt is also being mopped up by Chinese money. In this respect it is estimated but unofficial by some leading European institutions that has now bought up 25% of all the Euros in the world. Adding to this Chinese investors have been buying up real estate for quite a few years now like it is going out of fashion in the USA, buying up the world’s coal and many other natural resources and basically buying everything that moves or stands still.

All this at its base through western money and one does not have to be an Einstein to see where all this is leading. The words that come to mind are ‘master’ and ‘servant’ and where western governments and corporates appear to have sold the people in the West down the proverbial swanee river at the vast expense of their people for the last three and half decades. But things are going to get far worse unfortunately and where we should have been investing in jobs in our own countries and developing our great innovative talent.

But again that now is even being bought up by the Chinese again and Cameron’s recent Chinese visit is just a swan song to what a disastrous socio-economic mess that our political and corporate business leaders have got us all into in a relatively short period of time.

The biggest problem of course is to change all this, but where our political leaders are bought and sold on the altar of power and wealth both in the USA and the UK. For when it comes to ultimate control, less than a mere thousand people control the destiny of the USA as an example, and at their pleasure. For it's official now, as they control the White House in reality, even before a new President is elected, no matter which Party gets into power. In this respect, in the USA things are not as they seem and where western media controlled by the top 1% wealthiest Americans, is suppressing the 'real' America of today.  A few Americans have bought their political leaders before they even enter the White House and where the working poor, working class and middle class that accounts for 90% of the American people, have no say anymore in their country's future. Only the rich and powerful has any real say. Indeed the article by investigative journalists at the New York times released on 10 October 2015 makes this perfectly clear For just 158 families have provided nearly half of the early money for efforts to capture the White House. - http://www.nytimes.com/interactive/2015/10/11/us/politics/2016-presidential-election-super-pac-donors.html?emc=edit_na_20151010&ref=headline&_r=0