The wrong man was made Prime Minister and where if this man from the 'Slums' had achieve the leadership of the nation, the UK would be a far better place for everyone 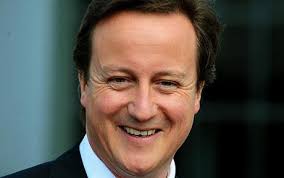 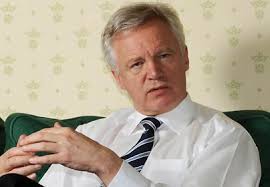 Although I have respect for only a very few politicians per se, a striking thing for me that has come out of this dire situation is that one man should have been made prime minister in my mind and that is a certain David Davis. The reason why I say this is that he is not just a highly intelligent person but possesses that elusive and importantly lacking commodity in politics today of pure old common-sense. Most politicians based upon historical facts have not this vital asset and the reason why they get things so horribly wrong time and time again. Mr. Davis’s stance on is just a single pointer to his credentials as Prime Minister Stock and where he thinks like the normal man or women in the streets – that typical individual described in common law who rides the Clapham Omnibus.

Far better than the present incumbents.
Therefore he has his feet firmly on the ground, not just because of his convictions towards , but down to the majority of things that I have read and heard from Mr. Davis over the last decade. Indeed his background and upbringing from a council house and his parent’s relative living standards of a working-class family environment (even living in a ‘slum’ in Wandsworth, London before securing a council house) have in my mind prepared him to be possibly one of the greatest Prime Ministers that this country could ever have if he was allowed to be so.  Unfortunately in this respect the elitist mind-set of the conservatives where one can see this clearly with the currently voted-in incumbents, will in the end in my humble opinion be the road to oblivion for the Conservative Party. For Cameron even if he is re-elected come 2015, will only last for no more than two years as leader of the Conservative Party and Prime Minister. Therefore if common-sense prevails and if the British people wish to see a prime minister that is truly for the people they need not look any further than David Davis. Indeed in this respect also if the Conservative Party have any acumen at all and thoughts for their Party’s successful future that is inextricably intertwined with their own long-term good, they should look no further either to appoint a working-class boy who knows what life is all about and will deliver the goods. An achievement that has been missing for two decades now and where it is time that this changed for the British people and their families.

Don’t Blame BREXIT for Any Economic and Financial Failure of the UK Economy, Blame the Blair Government for Their Mismanagement of the Nation’s Future and Where Debt Exploded and was Unprecedented in the History of the United Kingdom - https://worldinnovationfoundation.blogspot.co.uk/2016/08/dont-blame-brexit-on-any-economic-and_17.html

Future War in Europe - Due not to BREXIT but Entirely Due to the EU - https://worldinnovationfoundation.blogspot.co.uk/2016/05/future-war-in-europe-due-not-to-brexit.html

BREXIT - Switzerland Voted Not to Join the EU as Member on 1 March 2016 and is this a Pointer to the British People What they Should do on 23 June 2016 - https://worldinnovationfoundation.blogspot.co.uk/2016/03/brexit-switzerland-voting-not-to-join.html

Blair’s Brexit Actions are ‘Premeditated’ and in ‘Unison’ with the ‘House of Lords’ to allow the Lisbon Treaty to Fully Kick in on 1 April 2017, becoming EU Law and which will then Stop Brexit Ever Happening - https://worldinnovationfoundation.blogspot.co.uk/2017/02/blairs-brexit-actions-are-premeditated.html

Brexit - THREE' of the Great Myths (and more) of staying 'IN' the EU Destroyed if the People of the United Kingdom Would simply Use Their Common-Sense and Read into the TRUTH - https://worldinnovationfoundation.blogspot.co.uk/2016/02/brexit-three-of-great-myths-of-staying.html