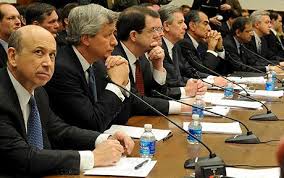 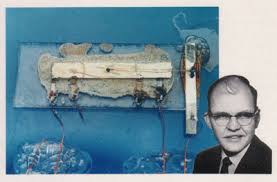 The problem is that R&D Magazine only look at the innovation end and not the person who first came up with the fundamental thinking that kicked a new technology et al off. If they researched into the very first point that an innovation was conceived in the mind of a person they would find that in nearly 75% of innovations emanated from outside main stream R&D and in the minds of people who were looking to do things differently. In this respect many become obsessed and it becomes a life-long hobby. The history of S&T is full of lone mavericks and individuals who because they were outside of the mainstream R&D system, they thought of alternatives that those inside the square did not. Unfortunately because people do not go back far enough the fundamental stage they come out with the wrong information. This is where Block and Keller have got it totally wrong here in their assessment and where the knowledge bank appears to be bare. It is a form of brainwashing process that the 'elitist' system expound all the time. As an example many people consider that the 'chip' was initially conceived by a large corporate R&D push but where in reality Jack Kilby created the 'chip' in his spare time at home etc. Now the 'chip' underpins a $2 trillion industry that did not exist 55 years ago. The 'chip' is the greatest wealth creator of all time. Another myth is that CERN invented the WWW but where clearly it was Berners-Lee. That is the problem and people for reason only known to them selves never get back to the fundamental level and the initial idea person. Tomlinson is another with the email and where many think that Verizon invented it. This again was Tomlinson's own private thinking to make life easier for himself. Therefore not until R&D Magazine and others really reach the process down to its fundamental level will the public really know who really invents and creates innovations. At the moment it is a myth and always has been that large organizations are the catalysts of innovation et al that certain people espouse to make them think that they are superior - they are not and where they are users only, not creative innovative thinkers.

Why the 'Innovation Chain' is so Important for the Future World and Why things have to Change for Humanity - https://worldinnovationfoundation.blogspot.com/2014/02/why-innovation-chain-is-so-important.html