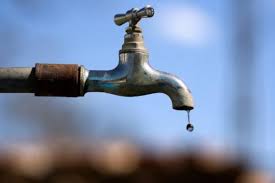 An article concerning Yorkshire Water that appeared in the Yorkshire Post on in September 2013 is very telling and where this country has overwhelmingly lost its way over the last quarter of a century. Apparently now mega-companies that have taken over our national utility companies and former national assets pay little to no corporation tax. This is iniquitous in itself as the people of this country provide all the cash for these vast organizations but where the most worrying fact is that all these companies can hold the nation to ransom and where we cannot do without water, electricity or gas et al. Don’t rely on the regulator OFWAT either to safeguard the people, as my experience of these over bloated quangos is that they are limited in what they can do and impotent in many, many ways.
Indeed all these government quangos if you delve into them, are a complete waste of taxpayers’ money. Why is it therefore that successive governments allowed this dire situation to happen and where other EU countries have blocked this ever happening on the grounds of national security? Weighing up all options it appears to be down to big business running everything these days including the government as well who continually allow these national assets to be sold off.
In Yorkshire Water’s case their owners are now Citigroup Alternative Investments, HSBC, GIC Special Investments - the private equity arm of the government and the Prudential Group's Infracapital Partners.
It beggars belief that even foreign governments now own our vital assets and where it is about time that our political classes realised what they have allowed to happen and hang their heads in shame. But will they, I very much doubt it.
Most if not all our electricity, water and gas suppliers are not controlled by foreign owners who actually control our supplies and which should never have ben sold to external owners.
But we shall now all pay dearly for the incompetency of our political masters...big time and will now be continually trapped within a regime of energy control outside our control...period.
It has therefore to be seriously asked, is this democracy for the people in the people's interest or pure suicide for the few to make billions at our expense and rewards indirectly for our political lawmakers, either past or present?